Nate Green has never been afraid of a little experimentation. 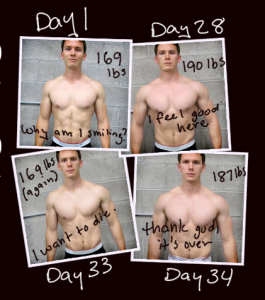 As the author of Built For Show and The Hero Handbook, not to mention the program director for Scrawny to Brawny, he had already dabbled in various methods to bulk up, gain strength and feel awesome. But Green took things to a whole new level with his latest self-experiment, in which he gained 20 pounds over the course of 28 days, lost 20 pounds in five days and gained 17 pounds back in 24 hours.

The 27-year-old detailed everything – from the food he ate to the way he trained and the tests he took – in a free e-book released in the fall of 2012, aptly named Bigger, Smaller, Bigger. We asked Green some questions about this insanity – and what it all means for everyday athletes.

What would you say are the biggest takeaways from your experiment for everyday athletes?

TAKEAWAY NUMBER 1
Follow the principles to building a good body — not necessarily the methods.

Well, for guys (and girls) who want to build a good-looking body that feels great, my methods in this experiment will seem a bit crazy.  But regardless of the methods, there are principles I followed that mirror any successful workout and nutrition program, like:

We just ramped it up.

TAKEAWAY NUMBER 2
Having a coach is crucial to success. 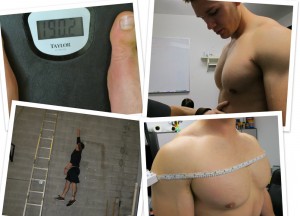 I knew this from working with clients in our online workout and nutrition coaching program, but this experiment was the first time I got to see it from the other side, as a client.

Dr. John Berardi and Martin Rooney — my coaches for the experiment — were incredible. They kept things super simple for me and took care of all the science and details. I simply showed up and put in the work.

And that’s what a good coach does. They hold you accountable. They’re around when you need them. They help push you to be better. In fact, if there’s one thing I want to emphasize here it’s that no matter what you do, find yourself a coach or a mentor.

Professional athletes have coaches and trainers. Successful entrepreneurs have mentors. We all had teachers and professors growing up.

There’s definitely something to it.

I can honestly say I don’t think I would have been able to do this on my own. And really, what’s the fun in doing something by yourself anyway?

Should someone attempt this madness without expert help like you had?

I can’t really encourage it, simply because it’s a giant pain in the ass.

Eating food and working out was pretty much my entire life for the 34 days I did the experiment. Parts of it were dangerous, of course — like the water manipulation at the end where I lost 20 pounds in 5 days — and should only be done with help from a professional.

But I just don’t think a sane person with a normal job would enjoy doing it.

Would this rank as the most insane thing you’ve done?

I’m generally pretty risk averse. I’ve never been skydiving or bungee jumping or anything vaguely life-threatening; that kind of stuff is just way out of my comfort zone.

But for whatever reason, eating enough food to feed a small farm didn’t seem too crazy at the time. Looking back, though, I feel sick thinking of what I had to eat to gain 20 pounds in 28 days: 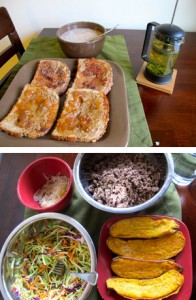 I mean, I ate 2 and a half pounds of meat per day. I think that qualifies as insane.

Where did this desire for self-experimentation come from?

I really love experiential journalism and trying new things so I can report back to anyone who’s interested. I don’t think I’d do a lot of self-experiments if I didn’t get to share my results with other people, honestly.

Before the Bigger, Smaller, Bigger experiment I trained for the NFL Combine in a hardcore gym in New Jersey. There were some really big dudes there — guys who were on the way to play in the NFL — and I was just a small guy from Montana.

But it was another opportunity to throw myself into something interesting and fitness-related — in this case, running sprints and subjecting myself to all the crazy tests that NFL athletes do — and write about it.

For people who are trying to stay fit and maybe consider themselves ‘weekend warriors’, what do you think are their biggest mistakes?

If I had to narrow it down to three, I’d say:

MISTAKE 1
Thinking they have to eat perfectly 100% of the time.

Stay focused on making good food choices, but realize that every now and then you’re going to slip up or choose an “unhealthy” option. That’s okay. Don’t beat yourself up and think everything is lost. Instead, clean the slate and take the next positive step.

Eat a piece of bread at the restaurant while trying to cut carbs? No big deal. Have the waitress take away the bread so you won’t be tempted to take more. Then order a nice salad and some protein. Problem solved.

When you’re in a rush, sure, grab a bar. But make it an “every once in a while” kind of thing.

Most people could drop a few pounds and instantly improve their health by becoming aware of the calories they’re drinking, and either reducing or eliminating them altogether. Things like bottled sodas, juices, and teas are the most common. But also lattes, beer, and coffee-shop drinks like chai. 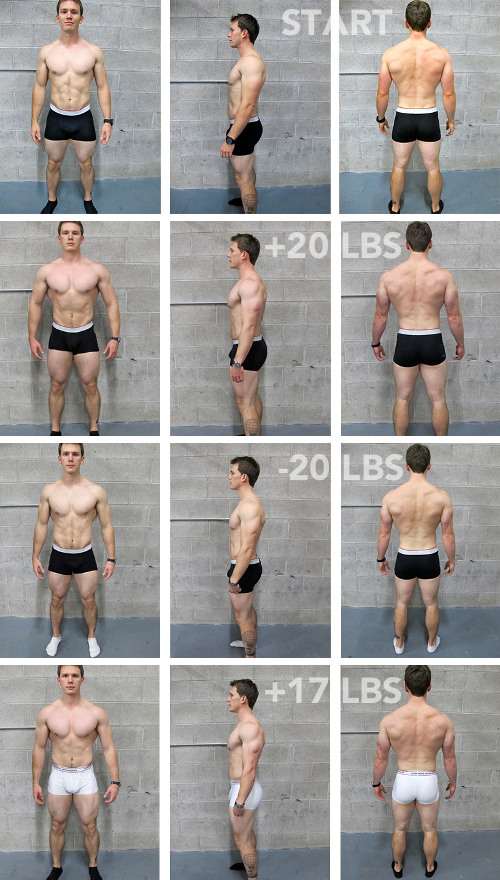