Rockin’ Their Bodies: How These Guy Stars Toned Up and Down for the Big Screen

Getting in shape is not the easiest thing to do — especially when there’s a certain way you have to look. So when Joe Manganiello, Bradley Cooper and Christian Bale had to snap their physiques into shape (or out of it) for a role, whether it was a muscle man or a scrawny wimp, their get-fit role-ready routines all had one thing in common.

They cut calories and did extensive workouts. 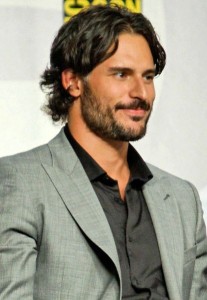 When Joe scored the gig as the True Blood werewolf, Alcide, he decided that he needed to take his fitness seriously. After all, werewolves are ripped! So instead of casually exercising here and there and straying from any sort of strict diet, he buckled down, got rid of his fat and turned his body into a muscle machine.

At the gym, the True Blood star alternated his exercises throughout the week. On Monday and Thursday, he worked out his chest and legs. On Tuesday and Friday, he focused on his shoulders and biceps. Finally, on Wednesday and Saturday, he sculpted his back and triceps. This kind of rotational circuit training is the best way to build lasting, toned muscle. Working muscle groups to exhaustion then allowing time for recovery, for the muscle fibers that tore to heal and rest, is the healthiest and most productive workout method.

And even though Joe didn’t do any body building on Sunday, he still got in his 45 minutes of cardio before breakfast just like every other day of the week.

Manganiello got so cut that his picture ended up on a girl’s birthday cake. Now, the real question is: did anyone actually eat the cake after seeing that body? 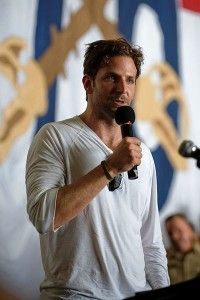 Cooper has always been a good-looking man by any standards, but sometimes being facially attractive just doesn’t cut it – especially when you have to play Templeton ‘Faceman’ Peck in the A-Team. Bradley had to whip himself into a massively muscular character to fit the role, and to do it, he had to make a lot of sacrifices.

The actor worked out for two hours a day with his personal trainer, doing a lot of core and strength training with a focus on adhering to the 3-2-1 Method (not to be confused with the popular method of BBQ’ing ribs by the same name!). This specific type of regimen involves three cardio circuits, two strength training circuits and a core routine over the course of about 30 minutes, total.

As a part of his quick fitness prescription, Bradley worked out early in the morning and speed-hiked on Vancouver’s famous trail, referred to by locals as The Grind. And while Cooper was taking his fitness ritual to the next level, he also stayed disciplined on a strict, well-enforced diet, cutting not only all sugar, salt, alcohol and flour, but he also got rid of sandwiches.

Bradley piled on muscle while dropping a lot of fat. But because he missed sandwiches so much, he would cut a grape in half and put an almond in the middle to make a special sandwich. Mmmm….? 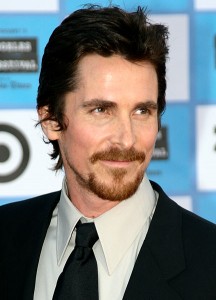 When Bale scored the role as an anorexic insomniac factory worker in The Machinist, he was told to drop 60 pounds. He went from weighing 180 pounds to just about 120. But when it was time for him to play Batman in The Dark Knight, he had to bulk back up to 220 pounds… just a casual 100 pound gain!

After sending his body into starvation mode for The Machinist, Christian had to reactivate his metabolism in order to consume the calories required to put his body through some intense workouts. Bale’s exercises included everything from free and bodyweight, resistance training, plyometric and circuit training, as well as sprints, squats, chin-ups, lunges and high-pulls.

While Bale most likely ate anything to get back into a normal weight, he initially restrained himself from most food in order to get super skinny for The Machinist. In his pursuit of a frail, 120 pound frame, all he consumed was one can of tuna and an apple every day to reach the anorexic state of his character.

Christian was able to successfully portray his sickly character by getting down to 120 pounds. Afterward, when he snapped his body back into a muscular physique, he successfully played Batman and attained a very healthy condition. This kind of intense fluctuation is not easy to accomplish! And… not very healthy either.

We can only imagine how hard it must be to go to extreme measures just to land a role. These actors have little choice when it comes to altering their physical lifestyle and diets to meet the requirements of a job. In order to change their bodies and play various roles, these Hollywood men do whatever it takes to transform themselves at the drop of dime.