Dropping the Baby Weight: How 4 Celebs Did It Differently

It’s never easy to bounce back after giving birth —

— especially in a world of gossip sites, paparazzi, crazed fans and a big, bright red carpet.

Many everyday moms aren’t facing the scrutinizing pressure of the public eye to drop the weight they gained during their pregnancy, so they can take it easy.  But that doesn’t mean that those new mothers don’t want to know what their favorite stars did to get rid of the baby weight!

Beyonce, Adriana Lima, Jessica Simpson and Molly Sims all gave birth to their first child last year. Because they have demanding careers in the Hollywood spotlight, they all followed different fitness routines to snap back to their pre-baby bod. 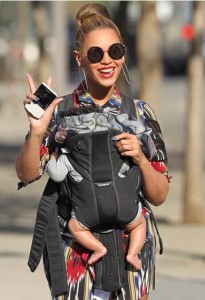 Beyonce gave birth to Blue Ivy Carter in January of last year, scheduling a show just three months after the presumed heir to the hip-hop throne was born. To prepare, she had to drop her 50 pounds of baby weight fast.

The Love On Top songstress committed herself to three 90-minute sessions per week, made up of high-energy dancing, crunches, an stabilization ball and lots of treadmill action.

When it came to the kitchen, she ate egg whites for breakfast, a protein shake or sliced turkey with capers for lunch, and snacked on lemon with cayenne pepper, edamame, cucumber with vinegar, berries or a green apple. For dinner, she chowed down on light seafood, like yellowtail sashimi with jalapenos and wasabi.

The singer also worked in a vegan meal from time to time in order to keep her low calorie diet on track.

The dedication and strict diet paid off for Beyonce as she snapped her physique back into tip-top condition. The process was intense and structured, leaving her feeling accomplished for following through, but happy that it was over. 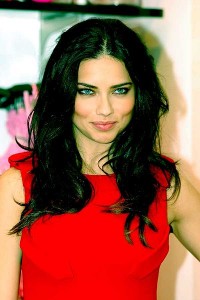 The Victoria’s Secret Angel gave birth to her daughter Sienna just eight weeks before she’d strut her stuff on a nationally televised runway with global viewers tuning in on the web. And after taking three weeks off for recovery, Lima had five weeks to tone up and slim down.

The two-a-day training regime started at 9 am with half an hour on an exercise bicycle. After transitioning into 30 minutes of core strength work and some shadowboxing, Lima strapped on the boxing gloves and ran punching drills to improve reflex speed and explosiveness. She wrapped up her morning workouts with area-specific weight training, focused on toning the glutes and legs, and an intense bonding session with a jump rope before stretching.

That was just round one. She’d return for her second training session of the day, spending 5 to 8 pm in the gym.

To supplement her dedication in the gym, Lima committed to a strict diet. She worked with a nutritionist, voiding her meals of all salt and seasonings. She ate lean proteins like chicken and fish with steamed dark green vegetables.

When the time came to don her wings on the runway, Lima felt and looked great. Just eight weeks after giving birth, she dedicated herself to a healthy – and intense – physical routine. But of course, partial credit goes to the model’s genetics. 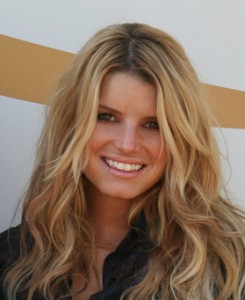 Simpson welcomed her baby girl, Maxwell, last May. And after she put on roughly 70 pounds, she was eager to get back in the gym. Fortunately for the star, Weight Watchers asked her to be their spokesperson, which meant she would be put on a structured program that would get her to where she needed to be at a healthy pace.

Simpson not only had Weight Watchers to back her up, but while she followed their nutritional plan, she also worked out with celebrity trainer, Harley Pasternak.

Once she was cleared for more challenging activity, Simpson ramped up the intensity.She challenged herself by increasing weights, reps, and sets during 45-minute high-intensity training sessions four times a week. Harley incorporated cardio and circuit training into Simpson’s workout plan, starting with a five-minute low-impact cardio warm up followed byupper and lower body resistance work and core-focused bodyweight conditioning.

While Simpson was on a Weight Watchers diet, she followed the program’s extensive plan. Instead of cutting out all of her favorite foods, Weight Watchers just swapped them out with healthier choices, substituting ground turkey for ground beef, Greek yogurt for sour cream and corn tortillas for their flour alternate.

According to the Huffington Post, Simpson managed to drop almost all the weight she gained during her pregnancy – 60 pounds in a matter of six months. But now that she’s expecting her second child, her fitness pursuits have been put on pause. 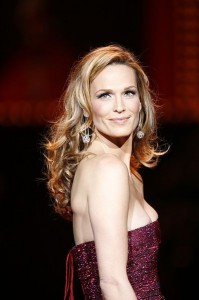 Sims’s son Brooks was born last June, and while she gained 50 pounds during her pregnancy, she made it a priority to slim back down. Because Brooks was born via c-section, Sims wasn’t able to jump into a workout regimen immediately.

As soon as she was ready to get physical, Sims worked out with celebrity trainer Tracy Anderson, did a lot of Bikram yoga, and focused on her diet. Because Sims wasn’t frequenting the gym initially, she had to learn the secrets behind portion control, eating whole foods every three hours to total 1,600 calories a day.

She ate lots of protein, healthy fats, complex carbs, chicken sausages, broccoli pancakes and veggie burgers. It took the model a total of eight months to drop the baby weight.

Losing baby weight isn’t impossible when you have a steady plan to follow.

So whether you want to bust your butt like Beyonce and Adriana, follow a diet regimen like Jessica, or take it slow like Molly, the routine that’s right for you will have you feeling comfortable and shedding the pregnancy pounds at a healthy pace.