Twenty years ago, a program called After-School All-Stars (ASAS), one of the ATLX Channel’s 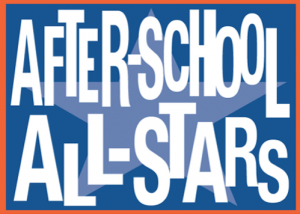 partners, launched. ASAS is a nonprofit organization that offers a comprehensive after-school program that incorporates academics and sports. ASAS works with schools in middle and lower class communities nationwide. In Los Angeles alone, they work with 400 schools and mentor nearly a 100,000 children.

Over the last decade, ASAS grew to the largest after-school program provider in the U.S. At the helm of this growth is Ben Paul, the president and CEO of ASAS. His parents were both teachers, and the passion they had for educating children was passed on to him.

His extensive background includes being on the team that founded the Larchmont Charter School, Los Angeles’ top performing charter network. He also serves on the Board of Trustees of America’s Promise Alliance, an organization founded by General Colin Powell. And he served in the Israeli army for four years as a commander.

He was gracious to take the time to chat with ATLX about ASAS.

For those who may not know about After-School All-Stars, tell us how it all got started?

ASAS was founded 20 years ago by Arnold Schwarzenegger with the purpose of providing a safe environment that blends sports and activities with strong academics for middle school and high school kids.

What drew you to ASAS? 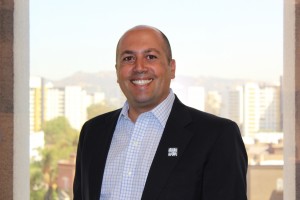 I have always been passionate about enhancing education for children. With After-School All-Stars, we have the ability at the end of the day to not to have to deal with bureaucracy and do what’s best for the kids. From 8 a.m. to 3 p.m., large urban school districts are complex, bureaucratic organizations. From 3 p.m. to 6 p.m., those same schools turn into the “Wild West” where there are less hoops to jump through in regard to bringing kids what they need.

What ages does ASAS work with?

70 percent of the kids they serve are middle school – eighth graders. And they work with kids in all high school grades. However, the national focus is on eighth graders. It’s a critical age where kids start to make their own decisions. Many times it’s not the right ones. It’s a critical time in [their] development, and there are only a few providers that work with children that age.

What part does sports and athletics play in the program?

Arnold Schwarzenegger says, “Sports is the hook.” No one is going to stay after school if you tell kids we are going to teach them about healthy eating. Broccoli 101 will not work! But if you tell them that they are going to get an hour phys ed every day, that makes a difference.

With a third of kids in lower income schools struggling with obesity, the one thing these kids need are opportunities to play sports and be active, which is something that many schools can no longer offer due to budgetary cuts. So these kids are excited to be able to participate in sports and activities every day after school.

The best part of sports is that if offers character building. ASAS takes an hour of physical education and makes sure that kids learn life lessons such as endurance, diligence and teamwork.

Have there been kids whose amazing talents emerged as a result of ASAS?

Every once in a while we come across a kid who is very gifted. For instance, Juan Hernandez participated in the program from middle school through high school and was not even thinking about going to college. Juan did not want to apply to colleges in California due to costs. He didn’t want to find himself struggling to afford to put gas in his car just to get to school. Financially, it seemed out of reach. One of the counselors encouraged him to apply to a couple of East Coast schools. Juan ended up getting a full ride to Harvard. He now has a degree in Mechanical Engineering and is a hero and mentor to kids in the program.

And then there’s Reshanda Gray who was encouraged by her mentor to try basketball. She discovered that she was a gifted player, and, against all odds, was awarded a full scholarship to Berkeley.

This is what ASAS is all about. Kids identify what they are passionate about and are able to channel that passion into a positive outcome.