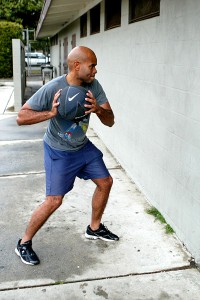 When it comes to peak athletic performance for competitive athletes and weekend warriors or building a great looking body, most people think about hitting the weights, hard and heavy. While weight training is a necessity to achieve those goals, that form of training by itself can leave you lacking in certain areas, and as the body adapts to that type of training, the gains will diminish.

This underrated tool of the trade builds explosive upper and lower body power, greatly improving an athlete’s speed. Workouts with the med ball burn a ton of calories and it can be easily transported anywhere.

ATLX expert Robb Rogers, a Master Coach with the Collegiate Strength & Conditioning Coaches Association and a trainer to the military elite, is a big time believer in the benefits of the med ball.  He uses it to develop power in the athletes that he trains.

Rogers trains his athletes for strength with big time slow, heavy lifts.  But for explosiveness, he believes that the change of pace provided by the med ball is exactly what well-rounded athletes require. 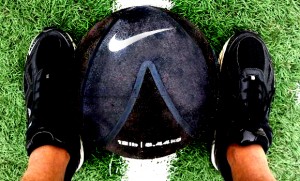 Athletes need to train all types of muscle fibers to maximize their athletic potential, but far too many athletes only hit the slow twitch muscles. 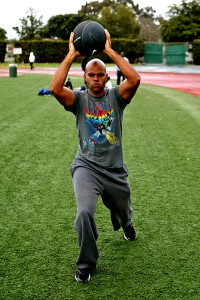 Using a med ball allows the athlete to utilize a light weight with rapid, high repetitions, mimicking what an athlete has to do on the field of play.  With the med ball, the athlete can employ and strengthen the motions that are used in sports.

“You don’t have to follow the structure of a machine, a dumbbell, a bar, or a kettle bell,” Rogers said.  “You can throw it, you can chop it, you can lift it, you can twist it, and make several different movements.  You can do a lot of those movements with a plate, or a small dumbbell, but you are not going to release it.  That’s where the beauty of the medicine ball comes into play.  If you’re at a gym that has a wall that you can throw it off of, or a high enough ceiling, you can actually release the ball, and that’s where you get the power output.”

For athletes or fitness enthusiasts who are simply looking to build a great looking body without going to the gym, the med ball is one of the best pieces of equipment available.  When working out at home or at a local park, equipment is extremely limited, but the med ball can easily be used anywhere.

“With the medicine ball, and with something that you can step on, like a park bench, now I can do everything,” Rogers said.  “I can push, I can pull, I can throw, I can chop, I can lift, I can twist, I can squat, I can step, I can sprint, and I can jump.  There’s not a whole lot left for me to do.”

The great thing about the medicine ball for people who want to avoid gym memberships is the affordability.  Typically ranging from between $20 to $40 in price, a small monetary sacrifice as opposed to a monthly gym membership.

2013-06-12
atlx
Share !
Previous: The Special Olympics Touches the Heart Through Competitive Spirit
Next: Strength Training: It’s Do or Die!