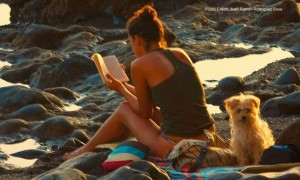 Some are new, some are old, but these timeless books should go on your summer reading list.

If you haven’t read Wild yet, it should be first on your summer reading list. The book, published last year, recounts the author’s thousand-mile hike along the Pacific Coast with little training. The memoir chronicles the experiences of losing a mother, losing a marriage, and her literal trek to redemption. The story is good and the writing is great. If this book can’t inspire you, then nothing will.

Jurek takes readers on a journey from his hometown in Minnesota into the depths of Mexico where he races some of the most heralded endurance runners on the planet. Woven into Jurek’s well-told tale are running tips and delicious vegan recipes at the end of every chapter.

An oldie but goodie. This book, published in 1990, takes a cold, hard look at what it’s really like to be a football player in rural Texas. The author chronicles the true stories of the town infamous for its football addiction, and the social and racial divides it endured. The book sparked the hit movie and the hit television show of the same name. 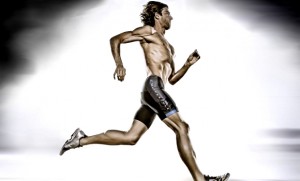 A cross between a memoir, a how-to and a cookbook, Roll captivates readers a sordid tale of how he went from a college swimmer, to an alcoholic, to an overweight middle-aged man, to a vegan top athlete. When Roll starts talking about the Epic5, a racing challenge he and his friend invented that consisted of 5 Ironman Triathlons in 5 days on the 5 Islands of Hawaii, you won’t be able to put it down.

If you like an underdog story, you’ll love Mark Titus’s memoir. Don’t Put Me in Coach is an extension of the benchwarmer’s blog, “Club Trillion.” The Ohio State Basketball walk-on chronicles his crazy antics while playing with some of the best basketball players in the country, including star Memphis Grizzlies Point Guard, Michael Conley, Jr.

With the demise of DOMA, now could be a good time to read (or re-read) professional tennis player Billie Jean King’s memoir, Pressure is a Privilege. King, one of the first openly gay professional athletes, paved the way not only for gays in sports, but also for gender equality, when she beat tennis legend Bobby Riggs in the epic Battle of the Sexes tennis match. Her story is smart, well written and a must read.

2013-07-04
atlx
Share !
Previous: Warming Up for Enhanced Performance and Injury Prevention
Next: Top Four Races on the Fourth of July