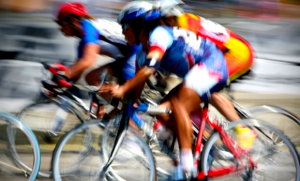 The world’s most prestigious cycling race, the 100th two-thousand mile Tour de France officially comes to a close this weekend. As racers cross the finish line along the Champs-Elysees in Paris, cycling enthusiasts across the world will be tuned into the event’s final moments.

Will the current top three finish in the order they find themselves in now? Will Colombian racer Nairo Quintana climb from the third place spot he recently claimed? Will former Tour winner Alberto Contador trim the five-minute, 11-second margin he trails by to put up a fight for first? Amid rumors of doping surrounding British competitor Chris Froome, will the frontman fall behind in the Tour’s final days?

Only time will tell.

On July 21st, the cyclists will race from Versailles to Paris and a winner will be named. In anticipation of what is sure to be an exciting finale, we’ve gathered some apps to help you keep tabs on the Tour’s final moments. 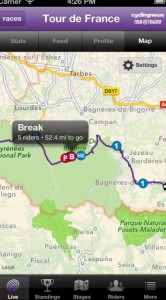 This smartphone app is not only comprehensive– it’s free! For avid cyclists and fans, this is a must-have. With live text, commentary and updates, it’s the best way to stay on top of the Tour when you’re on the go. The app features a tour map via GPS, situation statuses like breaks, surrounding conditions and finish line results, team info, awesome photography from the Tour, live standings and social media feeds.

For the die-hards, this app is well worth the money. With live highlights and full immersion into the Tour, it features video content and replays worth watching. Constant blog posts from professional analysts, a live interactive Tour map and tracker, real-time results, and video streaming transport the app user to France to take part in the festivities.
Featuring rider profiles and in-depth information and analysis on the individuals, teams, and front runners, it’s the Tour fan’s ultimate guide. Constant news updates and live video streaming brings the Tour de France right to you.

This app is the self-proclaimed “best friend” of the Tour fan. Made for and by cyclists themselves, the app offers live updates and real-time race results throughout the Tour. Unlike the previous two apps, this one is made by cycling competitors specifically for the Tour de France, and is fully dedicated to providing fans with the latest news and updates. With distance and sprint details as well as a comprehensive history of the tour and live stage and overall results, it’s the total package for Tour fanatics.and like us on Facebook.

What are you using to follow the tour? Who are you cheering for to win?