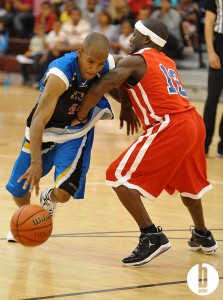 AND1 is turning 20 this year, and to celebrate, the basketball apparel and sneaker brand is taking its tournament back to where it all began: Philadelphia, the City of Brotherly Love.

The AND1 Summer Remix Tournament will offer the largest cash prize in Streetball history, with the winning team slated to earn $100,000. The tournament, which will consist of 12 teams playing bracket-style, single-elimination basketball, tips off Thursday, Aug. 29, and will culminate on the following Sunday when a champion is crowned.

This talented mix of players should result in an exciting brand of basketball, according to John Humphrey, a Streetball veteran who easily led the Japanese BJ League in scoring last season at a clip of 27.2 points per game.

“Of course, I want to win, but I’m looking forward to the competition,” said Humphrey, who is nicknamed “Helicopter” for his impressive leaping ability. “I think it’s going to be a tournament where every game goes down to the wire.”

AND1 marketing director Maurice Levy explained that in recent years, AND1 has gotten a bad rap for not showcasing “real basketball” and emphasizing too much of the show and not enough of the basketball. 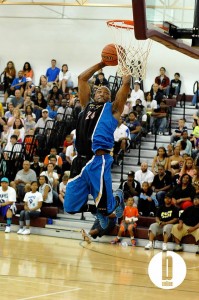 According to Levy, in his company’s heyday, ample spectacular plays took place within the natural flow of competitive games: “In the late 90s, early 2000s, when the Mixtape Tour was really at its peak, one of the beautiful things about it was everything you saw in the DVDs and in the mixtapes was done in competitive basketball. These were incredibly talented players, doing it during high-level competition that was then cut up and put on a DVD.”

By offering such a large cash prize as further incentive for the athletes to play hard (and play defense), Levy expects a similar level of play to be established in Philadelphia for the tournament.

“We felt like it would be fitting for the 20-year anniversary to call a Streetball tournament and bring in the most creative athletic players that we could find,” said Levy, “and set the stage for these spontaneous, random, wonderful basketball moves to happen on showcase in a competitive environment rather than in a set-up environment kind of like the Harlem Globetrotters, for example.”

Humphrey’s squad won’t feature any NBA players, but he doesn’t think that will matter, given the talent level and drive of his team. “Basketball is basketball no matter where you play,” he said. “If you don’t have an NBA guy on your team, so what? Just go play. Just because you played in the NBA or are in the NBA, doesn’t mean the ball’s going to go in more or less than the other guys. You still have to play.” 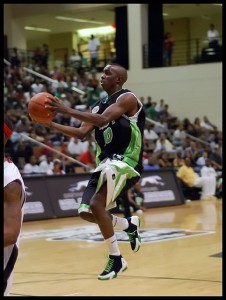 “Helicopter” also thinks that team chemistry may become an issue for teams with NBA players who are used to dominating the ball. “That’s why this tournament’s not going to be as easy as people think for the NBA guys and all the other players,” said Humphrey, “because the players on their team, they don’t care…they’re going to still want to shoot the ball, but the NBA guy’s used to doing all that. It might not mesh. On paper, it looks good, but you still gotta play the game.”

Fortunately, the games will soon be played and any pre-tournament rhetoric will be tested against the reality of how the games unfold. For many of the teams, if they were to win, the money would be a sweet addition to the natural thrill of victory. For the team representing Streetball.com, should it win, a large portion of the prize money would go to charity, given that many of its players, NBA players, won’t need the money.
Either way, guys like John Humphrey won’t be playing any extra hard just because a financial incentive has been offered.

“For me, I genuinely just love the game,” he said, “so anytime that the game’s going on, as a kid, we would go from state to state, city to city, just to play. If there was no money on the table, I still wanted to win every game, so nothing changes.” 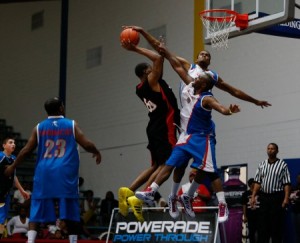 As AND1 prepares to return to its home 20 years after it was born, some things have changed since its inception. The brand no longer embodies as much of a “brash, in-your-face attitude,” according to Levy. “We’re now in more of an anti-bullying society, so AND1 did have to grow up. It’s more motivational and aspirational now.”

AND1 grew up and evolved, but it didn’t go away. That’s the main theme of the AND1 Summer Remix Tournament, according to Levy: “a never-give-up feel.”

While returning to Philadelphia will certainly be special for AND1, Humphrey is also looking forward to playing there. He wouldn’t make any predictions, but the one they call “Helicopter” noted that he’s never lost in Philadelphia. “Let’s keep that streak going.”