It’s hard to imagine, in today’s world of science and technology, that there could actually be a part of the human body that we didn’t know about. But it appears that could be the case, as this past November the New York Times reported in its wellness blog that researchers in Belgium may have found a new, or previously unidentified, knee ligament connecting the femur with the anterolateral tibia.

Gretchen Reynolds writes, “As far back as 1879, a French surgeon named Paul Segond first speculated that, in addition to the four obvious structural knee ligaments (anterior cruciate, medial collateral, posterior cruciate and lateral collateral), other ligaments must exist in the knee or it would not be stable.” 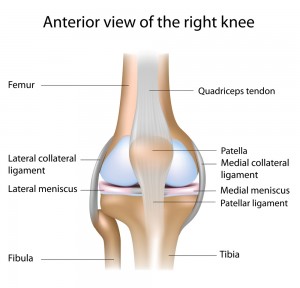 This “other” ligament is being called, unofficially, the Anterior Lateral Ligament (ALL). As the article explains, Belgium scientists wound up finding this ligament-like structure in all but one of 40 of the cadavers they dissected, and are now using this information to better understand the structure of the knee as a whole, and more specifically, the ALL’s role in both injuries and rehabilitation.

The studies, in many cases, stem from the frustration of several doctors as it pertains to so-called “successful” ACL and MCL surgeries, which often don’t lead to a full recovery. Many athletes still experienced their knee “giving out” or not feeling stable after their recovery period, which begs the question: are these ALL injuries being misdiagnosed, and thus mistreated, as either ACL or MCL injuries?

Orthopedic surgeon Dr. Steven Claes, one of the surgeons for the trial on the cadavers, speculates that many times when the ACL is torn, the ALL is torn as well, and now with a greater understanding of the ALL, past scans are indeed showing that this has been the case in a number of injuries. 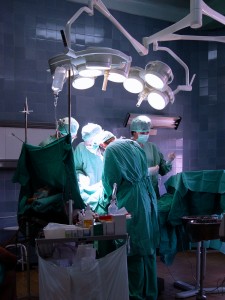 Although the trial was not exhaustive, it could mean a greater understanding of how the knee rotates and pivots and how the ligaments work hand-in-hand to stabilize the joint. There is also opportunity through these findings to revolutionize the treatment and rehab of ACL tears and other serious knee injuries.

This type of surgery could obviously benefit athletes, nearly all of whom are especially prone to knee injuries. But it goes without saying that a medical breakthrough like this could greatly benefit everyone. Knee injuries can happen to anyone walking down the street, and a better understanding of both the location of the injury and the appropriate rehab will only get you back to full strength sooner.