Spartan Death Race: Enter at Your Own Risk 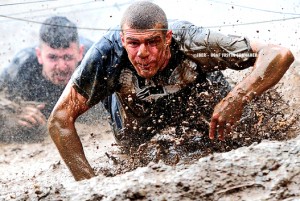 You’ve completed an Ironman, you won a Gran Fondo, you finished the Epic5. You can do anything, right? Wait. Stop. Before you answer that, answer this: ever heard of The Spartan Death Race?

Adventure runs are aggressively sweeping the nation. While many of them are designed to be muddy adrenaline rushes of filthy fun with beer and a party just past the finish line, the Spartan Death Race is none of the above. Built to challenge the capacity for physical and mental toughness of the highest endurance athletes in the world, the Spartan Death Race tests the tenacity of the fearless fighter.

According to the race’s official website, aptly titled YouMayDie.com, the ultimate challenge is “designed to present you with the totally unexpected and the totally insane! Traditional challenges will make giving birth look like a walk in the park. This endurance race is comprised of mud runs, obstacle racing, trail racing, physical challenges and mental challenges all in a +48 hour adventure race.”

“Please only consider this adventure style race if you have lived a full life to date.”

The developers pride themselves on conniving creativity, as the race breaks down the weekend warrior and the Navy SEAL alike. Andy Weinberg, a founder of the Death Race and the Spartan series, told ATLX that the race is different than anything else you could ever experience because you never know what to expect and you have no idea when it will be over.

“It’s interesting because every race you go to you know exactly what to expect… a marathon anywhere in the world is 26 miles,” Weinberg said. “You know how to train for the race, you know when it starts and you know when it finishes.”

The Death Race sends a gear list to its contenders, but until it’s over there’s no telling what trials the racers with face. Only three people in the entire world know exactly what kind of hell the racers are willingly walking into. And it’s not just the looming ambiguity of the finish line locale that causes even the most mentally prepared competitor to crumble. “We create adversity,” Weinberg said. “We lie, we change the rules.” 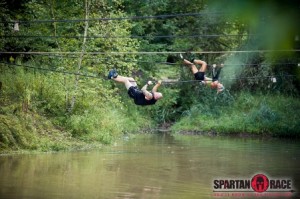 The mental challenges of the race have prevented Weinberg from signing up. “I don’t think I’d like it with everything I know. It’s not for everybody,” Weinberg said. “I like long endurance races but I like to know where the finish line is, so the mental thing would destroy me.”

With less than a 15 percent completion rate, the race has clearly destroyed most of its challengers. Many Green Berets and Navy SEALs have given up. Somewhat surprisingly, while some high-end military have in fact crossed the finish line, it’s the Olympic skiers who have staked a claim on the most consistent finishes. The small margin for error in their respective fields provides a commonality between these two sets of athletes.

“Those high-end military guys are so well trained that they go to war and you can’t make a mistake or you’re going to die,” Weinberg said. “Downhill skiers are always on the edge, the adrenaline edge. They also deal with extreme conditions to participate in their sport.”

Joe Desena, another founder of the event and former third place finisher, shudders when people compare the Death Race to other adventure runs. “Death Race is completely different in the sense that the obstacles are massive in scale and scope,” Desena said.

“The only real practice you could do is like check yourself into a prison or find someone in a car to drag you for 60 or 70 miles.”

With a cult following, the competitors and fans of the entire Spartan Series take it very seriously, adding authenticity to the challenge. Desena hopes to eventually turn the adventure race into an Olympic event. Ambitious? Yes. Crazy? No, but not for a lack of name-calling – crazy might as well be a nickname for these guys. “It’s all day long every day. But we also get hundreds of emails every day that say, ‘hey you changed my life, I no longer have to take insulin.” Desena said.

Still, it seems to be a well-deserved designation — crazy. And if you’re daring the Death Race, you may have to adopt that nickname for yourself. But blazing past that elusive finish line and living to tell the tale may just be worth the label that comes with it:

The Death Race will take place this weekend beginning on June 21, 2013. For more information on the Death Race and Spartan Series, check out their website here.