Throughout the history of mankind, all the way up to the advent of the Internet, the best physical training information was held by a select few. In Greek mythology, Achilles shared his training techniques with the Myrmidons, and that was about it. There were no blueprints on how to train like bodybuilding champion Arnold Schwarzenegger or Olympic gold-medal sprinter Carl Lewis. 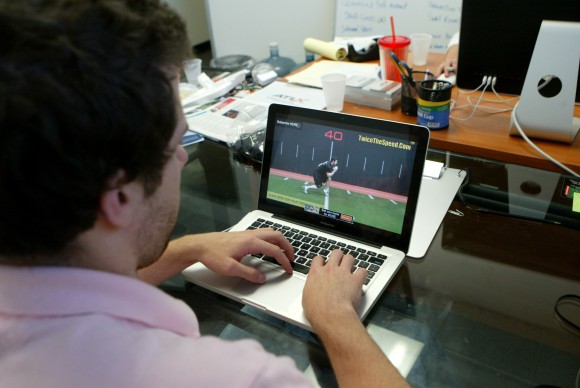 With video-sharing websites such as YouTube, nowadays people have high-tech training programs at their fingertips. Whether a person wants to be able to run faster or jump higher, is looking to improve their endurance for marathons, wants to learn a CrossFit exercise, or do pretty much anything in sports, there are videos that give a person the exact information they need.

Using YouTube, a person can create a workout program without having to pay a high-priced coach or personal trainer. People can now construct their own training regimens and later consult videos to troubleshoot problems that they may encounter.

Roman Mica, Managing Editor at EverymanTRI.com, which informs readers on how to improve their running, swimming and cycling abilities, has used YouTube as a tool to enhance the online experience for his site’s audience.

“We use YouTube to create more value for our readers,” Mica said. “It is a great outlet not only to tell, but to show. We want to be able to show people how they can train better, and we want to create something that they can actually follow along with instead of having to invest into a personal trainer or having to read about it.”

One of the many great things about YouTube is that people can actually see how to do something, instead of getting the information from a secondary source, where the information can be lost in translation. 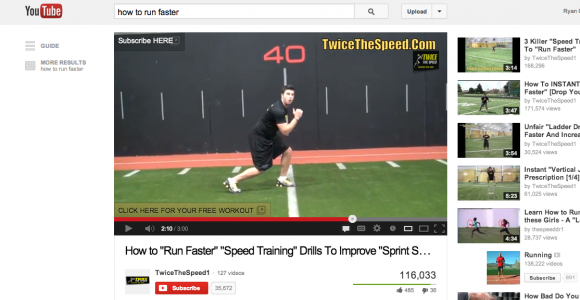 “We do a lot of how-to stuff, and how-to’s are really popular,” Mica said. “I think a lot of people would prefer to watch it. Lets say you’re doing a how to change a bike tire (video). It’s a lot easier to show somebody than to tell somebody. We can actually show them removing the inner tube, fixing the inner tube, and replacing the tire.”

Through video, Mica is able to use prominent athletes and coaches to give tips to people who are looking to improve their workout regimen. He has recruited Joanna Zeiger, who competed in the 2000 Sydney Olympics in the triathlon and later won the 2008 Ironman world championship.

Before video-sharing websites, being able to obtain tips from certified coaches or athletes who competed at the highest level would have been nearly impossible and expensive. But now there is all kinds of free information floating around, which allows people to train like elite athletes. Now people can opt out of paying for personal training and pretty much do it themselves.

Another great thing about YouTube is that it’s mobile. A person can get a training tip or learn a new technique right on the spot instead of waiting until they can look it up in a book, like in years past.

YouTube and other video-sharing websites have really revolutionized the way that many people approach their training regimen, which will ultimately improve the fitness level of the masses.