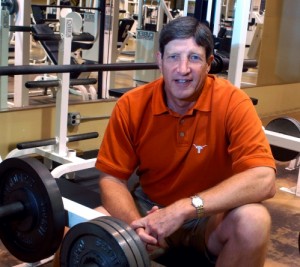 In preparation for your marathon, you’ve likely put in four to five months of pretty grueling training, but as your big run draws near, you’re not quite done yet. The last few days leading up to a marathon can be some of the most important, and with that in mind, ATLX expert Dr. John Ivy, who has served as Department Chair of Kinesiology and Health Education at the University of Texas for the past 13 years, is here to share some last-minute nutritional tips that will help you be at your best come race day.

Make sure you’re hydrated properly prior to the race

In the days leading up to your marathon, it’s crucial to sufficiently hydrate yourself. Drinking water is important, of course, but sports drinks can be even more beneficial.

“Sports drinks contain invaluable electrolytes to make sure the fluid remains in the body,” Ivy said. “They have fuel that you may need to maintain blood glucose levels.”

If blood glucose levels aren’t maintained, there’s always a risk of becoming hypoglycemic. Ivy says sports drinks “have the right proportion of sodium, potassium, magnesium and other electrolytes that the body’s going to require during the marathon.”

Ivy adds that sports drinks such as Gatorade have many post-exercise benefits, helping with recovery by reducing muscle soreness and damage.

Three or four days before the race, Ivy recommends adjusting the carbohydrate element of your diet to 60-65 percent of everything you consume. Such carbohydrates can come from a number of sources, and at this point, you don’t need to worry so much about good and bad carbs.

“What you’re trying to do is increase muscle glycogen storage,” said Ivy. “It can be simple carbohydrates. You can eat Twinkies, and it’s still going to help with the storage of the carbohydrate.” 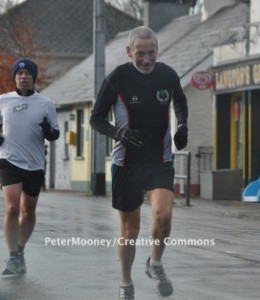 You’ll never go wrong with starches such as pasta, baked potatoes and whole grain cereal, and on race day, you should eat approximately four hours prior to the event.

“You want the [final] meal to be high-carbohydrate, but easily digestible, so you don’t want a lot of greasy foods,” said Ivy. Protein will also help for recovery, particularly reducing inflammation during and after the race. Ivy’s recommendation of a quality pre-marathon breakfast: “A whole grain cereal with milk, maybe some yogurt, and fruits like bananas and cherries.”

Increase your nitrate levels in advance of the race

“Increasing nitrate levels in the body prior to the exercise will help produce nitric oxide during the run, and elevated nitric oxide improves energy efficiency and endurance,” explained Ivy.

Green, leafy vegetables such as spinach, kale and arugula are all high in nitrates. So are beets. Much cheaper than beets or those other greens, Ivy noted, are beet crystals like the product BeetElite.

Ivy further recommends to begin consuming the nitrates three or four days before the marathon. Ivy does caution that “the more trained the individual is, the less effective [the increased nitrates will be],” but even so, an elite athlete who has run many marathons could “see as much as 2-3 percent improvement by getting the nitrate levels elevated for the run.”

It’s because of the caffeine. “Caffeine has a very potent ergogenic effect,” said Ivy.

Caffeine can improve endurance and even reduce perceptions of pain.