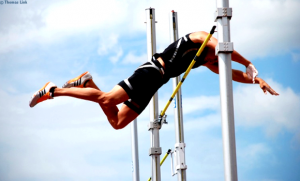 They say a habit takes 21 days to form. That’s three weeks of constant, recurrent, focused activity – or inactivity. The differences between good and bad habits lie in the details, but they both exist as an end to the same means: repetition.

“We are what we repeatedly do,” Aristotle said, once upon a time. Essentially, we are our habits. For athletes, those habits determine their game, their success, their production, their relevance. Elite athletes carefully develop the habits that define them well past the 21-day qualifying point.

Most of us aren’t built to be elite athletes, at least not genetically, but our choices are within our control, and can elevate our game at any level. Choosing to adopt these seven habits of successful athletes is a sure-fire way to find success for yourself. If you can’t beat ‘em, join ‘em.

1. They set attainable goals and track them As athletes, we all have ambitious goals. We want to win that 3-on-3 tournament next month. We want to compete in that triathlon at the end of the year. We want to hoist that trophy at the end the season. That victorious moment is a driving force we all share.

Achieving a goal, no matter the size of the prize, is a powerful incentive. It’s a reminder that following through pays off.

2. They discipline and reward themselves It’s a simple concept, just a matter of application.

Didn’t get out of bed this morning for that run? Skipped breakfast? That’s ok, but yeah, you’re grounded. Ran an extra mile at the end of practice today? Grounding revoked.

An even simpler concept. Successful athletes make sure to clock at least seven hours of sleep every night to aid in rest and recovery. For optimal performance, sleep is crucial in maintaining energy and endurance.

4. They feed their competitive nature Average isn’t okay for elite athletes. The successful ones go out there and compete every time, no matter who they’re with, what they’re doing or where they are. Competition is fuel to athletic fire, and the best in the game are out there burning it up every day.

Too many people mistake competition for comparison. Successful athletes know the difference. One will make you, one will break you.

5. They take instruction and criticism constructively 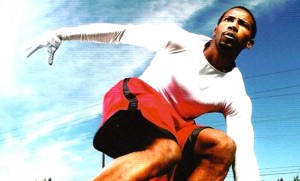 Successful athletes can take advice and apply it usefully to their game. Coaching is crucial in sports, but absorbing the information they provide is even more important.

The best athletes are willing to make adjustments and set their pride aside to better themselves and their teammates.

They follow the 24-hour rule. 24 hours after a failure, the misstep has long since moved into nonexistence. Bye-bye blunder.

Holding onto negativity can be detrimental to athletes. Mentally, it’s crippling. It gives pitchers the yips, it turns a basketball into a brick, it makes a wide receiver’s fingers all buttery.

The successful ones take 24 hours to reflect on what went wrong and then they let go of that heavy weight and move on without flinching.

7. They aren’t afraid to fail 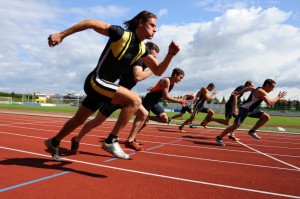 The most distinctive habit of a successful athlete is their ability to stare a challenge in the eye and attack it without hesitation. The fear of failure builds the walls of that box you’re supposed to be thinking outside of and seals you up inside. When you’re scared of failing, the best option is to avoid trying at all – right?

Fearing failure is a mental state successful athletes don’t acknowledge. Everyone will fail at one point or another – it’s inevitable. The best athletes are fully aware of this, but attach no value to it. They fall and they get up. The ends outweigh the means. Success outweighs failure.