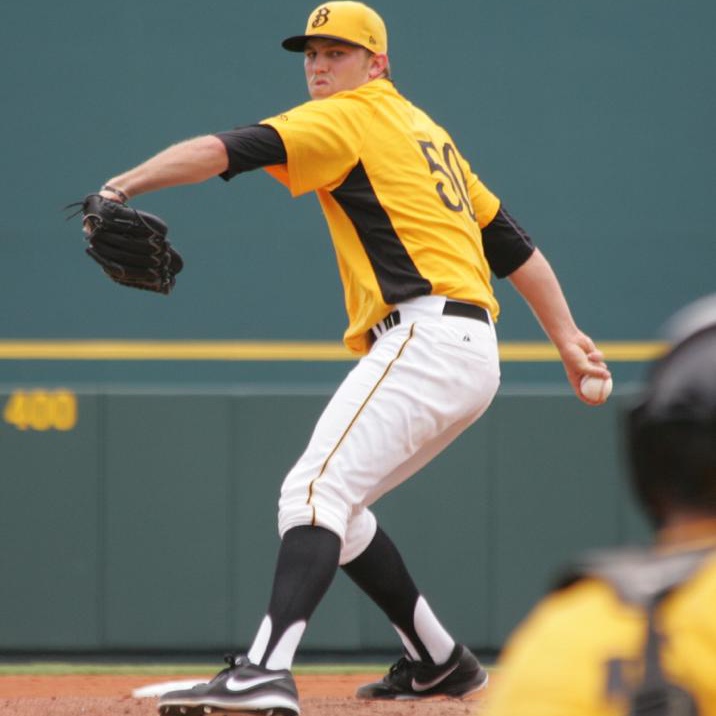 Robby Rowland is experiencing the Major League Baseball playoffs like most every other baseball fan; by watching on TV. The difference is that Rowland, a 21-year-old, right-handed pitcher in the Pittsburgh Pirates’ organization, is hoping to one day be the one playing on TV. The grind up the minor league ladder can be long and hard, and the difference between making it to the big leagues and not often comes down to how hard a player is willing to work in the offseason.

“The Pirates are very hands-on,” Rowland said from his tiny hometown of Cloverdale, California, about two hours north of San Francisco. “They send minor leaguers home in the offseason with a workout packet that says exactly what they expect us to do each day. But I’m a guy who can’t sit still, so I try to do [not just my assigned] work, but then also add to it.”

This past season, Rowland pitched a career-high 127 innings for the Pirates’ Class A Florida State League team in Bradenton, Florida. The body, and mind, needs to rest after a grueling season like that, and Rowland did allow himself two weeks of downtime. But then it was back to work, back to running hills, back to the gym, where the intensity of a pitcher’s workout cannot be measured by how much weight he’s throwing up on the bench.

“People see us in the weight room and wonder why we aren’t [lifting heavy],” Rowland said. “It’s a detail thing. Pitchers go light for the upper body because it actually hurts a pitcher to be bulky [up top]. The lower body is the area where we can really crush it, because the legs are what get a pitcher through a long season. A strong lower body is how we generate velocity, and we’re saving stress on our arm.”

Something else that might surprise people about a professional pitcher’s workout is that it doesn’t differ too much from your average gym-goer’s routine. Rowland does upper body Monday and Thursday, lower body Tuesday and Friday, and on Wednesdays, in addition to his cardio work of jogging and running up hills, he’s been adding yoga into his schedule.

“I talked to teammates who said they added three, four miles an hour to their fastball doing yoga,”

Rowland said. “I decided to try it and I loved it. Flexibility is really important for pitchers, and yoga is great for that, but it’s also a really intense workout. Yoga isn’t easy at all.”

Rowland, who stands an imposing 6-foot-5 and 225 pounds, admits he doesn’t feel comfortable doing yoga in front of other people, if only because he doesn’t consider himself to be very good at it, which is probably a hesitance many people feel. But he’s so intent on including it as part of his regimen that he does his sessions in private.

“There’s a little room in the gym with a video system,” Rowland said. “I don’t really want to go into a yoga class and embarrass myself with a bunch of people who really know what they’re doing. So I’ll go in the video room and pop in a video yoga workout. It’s great.”

Rowland won’t start throwing again until mid-December or early January, so in the meantime the admittedly energetic pitcher is burning his energy where it counts, where it’s going to pay off next summer when he’s deep in a game and tired and needs to dig for a little something extra on his fastball.

That’s what he’s thinking about when he’s running those hills, when he’s watching the playoffs on TV and imagining what it would be like to stand on a mound in front of 50,000 people. The road to the big leagues isn’t easy, but it isn’t supposed to be.

“[Whatever level you’re at], you have to make good pitches,” Rowland says. “That’s why we work so hard in the offseason.”