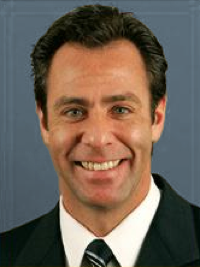 A Finance Executive with multiple disciplines, Scott Peyton has over 20 years experience in business development, investor relations, finance and operations specializing in the cable television and new media industries.

He has served as CFO for several companies including Sony’s domestic cable group and The Africa Channel among others. Mr. Peyton also served as Executive Director of Finance for Sony Pictures Digital Entertainment (“SPDE”) responsible for all finance efforts of SPDE’s content distribution websites and its interactive television venture.

His recent career accomplishments are built on a solid foundation as a CPA serving the public accounting firms of KPMG and Deloitte & Touche as well as Ingram Industries and other Fortune 500 companies.

Outside his professional success, he has a lifetime of athletic success including team captain and national qualifier in collegiate swimming, Black Belt and Red Color Instructor in Taekwondo and four-time Ironman Triathlon competitor.

2013-04-22
atlx
Share !
Previous: BILT to Revolutionize
Next: Lawmakers and lobbyists face off at charity hockey game