The Special Olympics Touches the Heart Through Competitive Spirit 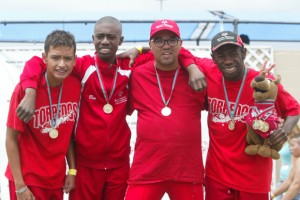 Sports creates a wide range of emotions; usually the thrill of victory or the agony of defeat.  But at the Special Olympics, all of the 1,100+ athletes were stars, and they were all winners.  The competitive spirit touched the hearts of the 5,000 spectators who took in the event at California State University, Long Beach, on June 8 and 9. 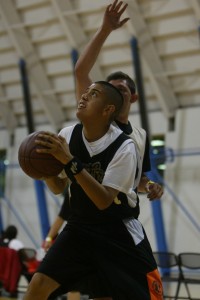 As the athletes took a lap around the track during the opening ceremonies, the crowd let them know that they were the center of attention that weekend, and the athletes were extremely engaging with the spectators on hand.  There was a lot to take in, and that is before the competitions even started.

When the games kicked off, it was obvious that many of these athletes have been preparing for their events, and like any athlete, they were trying their best to win.  But winning was not the most important thing to these competitors, it was more of having fun and inspiring each other to push beyond what many people believe are their limits.

“It’s absolutely inspiring to watch the athletes compete,” said Bill Shumard, President and CEO of Special Olympics Southern California.  “The athletes are not just there to win, but they are there for the love of the sport.”

On the basketball court, there were players who were emulating their favorite stars with behind the back passes and cross over dribbles.  On the track the athletes sprinted as fast as they could and jumped as far as their bodies could take them.  Their athleticism was evident. 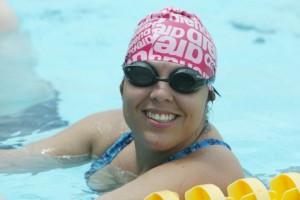 In the swimming pool, they all had good form and easily cruised back and forth from one end to the other.  One swimming club, the Bellflower Torpedoes, racked up medals as their star swimmer Jeffrey Morris led the way.  He took home four gold medals, in the 200-meter freestyle, 50-meter butterfly, 100-meter individual medley, and as a member of their relay team.

Morris really enjoys competing with his teammates and other Special Olympic athletes.

“It was really a good experience to swim with these athletes, and also to inspire them to do their best,” Morris said.

Morris trains with the Torpedoes when they practice on Fridays, and Victor Sanchez, a Torpedoes coach, said that Morris trains nearly every day on his own.  Sanchez has seen how the Special Olympics has helped these athletes. 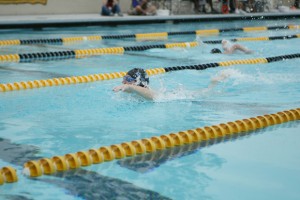 “I’ve been doing this for five years, and I’ve seen a lot of growth and positive attitude changes with the athletes through the influences of the Special Olympics and through the aquatics program,” Sanchez said.  “There is a lot of discipline that they have learned, and they have learned a lot of discipline through Jeffrey, who is an amazing athlete.  His dedication has been influential in making his teammates better athletes.  He is constantly pushing them and constantly working with them to make them better.  Not only as a team captain and a peer athletes, but also as a friend and as a coach sometimes.  He’ll play every role that he needs to play, and it is amazing.”

Morris’ favorite athlete is Olympic swimmer Michael Phelps, who Morris would love to swim against one day.

The parents of the younger athletes were very proud to see their children compete on a stage as big as the Special Olympics.  Jhun Nocon, whose young son Jeremy competed in the 100-meter dash, was happy to see his son enjoying the spotlight during his race.  As Jeremy took off running, he heard the crowd cheering him on and he waved at the fans during his race as he ran by. 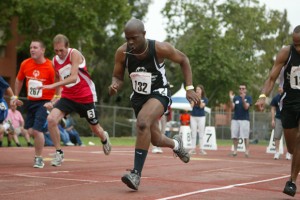 “He was having fun,” Nocon said.  “This is his first year in the Special Olympics, and he liked the attention that he was getting.  He plays baseball, football, and he has fun doing all of those things.”

Over 7,000 athletes from 170 countries with over 500,000 spectators will take part in the event, with the opening ceremony at the Los Angeles Memorial Coliseum, site of the 1932 and 1984 Olympic Games.

2013-06-10
atlx
Share !
Previous: Keeping the Drive Alive: Tips and Tricks from an Everyday Athlete
Next: Building a Better Body: The Medicine Ball