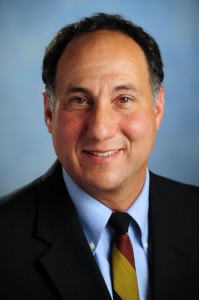 John is a multi-award winning producer and executive who has developed numerous high-profile, commercially and critically successful projects in a variety of formats and genres.  Some of his noted credits include the Emmy award winning for Outstanding Non-Fiction programming, This American Life, the Peabody and multi Emmy winning film Bang Bang You’re Dead; the outrageous musical adaptation of Reefer Madness and numerous award winning documentaries.  John was also awarded the United Nations Society of Writers Award for Excellence.

John served as Senior Vice President at Participant Media, aproduction company dedicated to creating socially relevant media.  Prior to working with Participant Media, John was a Vice President of Original Programming at Showtime Networks Inc. where he supervised the development and production of some of the networks most award winning movies, series and documentaries.  In addition to This American Life, he wasresponsible for the Emmy nominated and Showtime’s longest running non-fiction series Penn & Teller’s Bullshit.  He was also instrumental in the development of Showtime’s successful line up of documentary films.  His films Very Young Girls, Shame, Rikers High and Same Sex America all earned numerous awards and nominations and premiered at such film festivals as Toronto, Tribeca, IDFA, Full Frame and many more.  He’s also developed a extensive slate of critically acclaimed Family Films that garnered multiple Daytime Emmys, the Peabody, the Humanitas as well as awards from a variety of film festivals.  Most notable among these films are: Salma Hayek’s directorial début, The Maldonado Miracle, Rod Serling’s A Storm In Summer directed by Robert Wise; John Knowles’ A Separate Peace directed by Peter Yates and produced by Dustin Hoffman’s Punch Productions and the Humanitas winner Crown Heights.

Before making the move into TV and film, John worked as a director and producer in not-for-profit and for profit theatre.  He was awarded The United Nations Society of Writers Award for Excellence for his international theatre exchange with The Russian Academy of Theatrical Arts (GITIS).