Sports Psych: In the Zone

Athletics is as much mental as it is physical. A baseball player must block out the crowd noise to focus on a small white ball being thrown from the pitcher’s mound at 100 mph. A wide receiver must focus on catching the football as defenders are ready to crush him. Endurance athletes can be so dialed in that they don’t even remember the past few miles of running. Track athletes skim right over a hurdle without paying much attention to the object standing in their way. 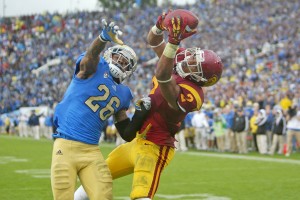 For many athletes it can be easy to perform at a high level during practice, or while they are training, but when the bright lights come on, and thousands of spectators show up, millions of people are watching on television, and the game is coming down to the final moments, the pressure mounts and a person has to be in the right state of mind to succeed. That’s where Dr. Michael Gervais, a High Performance Psychologist at Pinnacle Performance, says that an athlete has to find the proper flow state.

“The zone or flow state is an optimal focus, which means that very fluidly a person is paying attention to the most important variables in their environment,” Dr. Gervais said. “The distractions, the noises and thoughts, both internally and externally, no longer matter.” 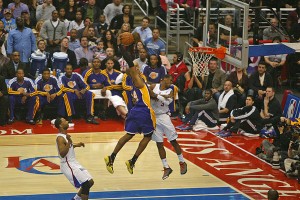 During those moments, a shooting guard is not concerned about the crowd noise, the nine other players on the court, that he is fatigued, or that a defender is trying to block his shot. He is paying attention to his shooting technique, the release of the ball, and he is concentrating on the rim. He is paying attention to the things that matter the most to make the shot.

The most successful athletes are known to embrace the challenge and strive for greatness on the highest level, while some athletes are known to shrink in the moment of a pressure-packed situation. Dr. Gervais points out that when athletes are going through key moments, or entering a championship game, and recognizes that they have to get it right or they will fail, then that person will walk into that environment and feel the stress, which will make it difficult to perform. But the athlete who embraces the moment in a positive manner will succeed. 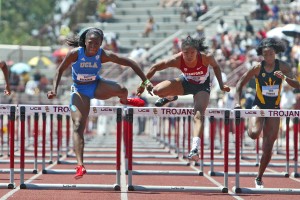 “If you’re focusing on the drop ball, then you’re certainly not in the present moment,” Dr. Gervais continued. “You want to train instant amnesia, but do it once you have had a chance to review, understand, and analyze, so that you can course correct the mistake that you just made.”

Focusing on the negative aspects of sports will easily take any athlete out of their zone, making it extremely difficult to succeed.

“You have a choice. Either you can focus on what could go wrong, and when that happens you get sucked into the dangers of the moment, and that creates physical and mental tension,” Dr. Gervais said. “Or you can focus on what’s happening, and the process of mastering what’s happening in the present moment. When that happens, all of the distracting thoughts fade away.”

Finding the proper flow state is not exclusive to elite athletes, as the concept can be used by weekend warriors, or anybody that is looking to excel at their training program.

“A novice or recreational athlete can just as easily find a state of flow when they stop thinking about their technique,” Dr. Gervais said. “That’s the central challenge for novice and recreational athletes, is that they are still mired, or connected, or thoughtful about technique. And that in it of itself can enhance performance, but it gets in the way of entering a flow state.” 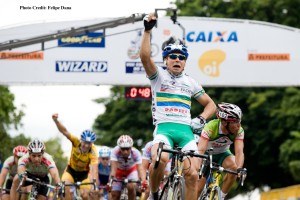 It really comes down to practice makes perfect. When a certain movement or technique is perfected through constant practice, then that person does not have to think about performing that movement so much, and they can find the flow because the movement becomes second nature. Through practicing a task and positive thinking, a person can find the flow, but Dr. Gervais warns, “stop thinking about flow, because as soon as it becomes a target in of itself, it becomes more elusive.”

Without putting in the work, finding the flow can be difficult, and maybe even impossible.

“People that are great stick with something when it’s boring and they stick with it when it’s difficult, that is one of the key characteristics for long term success.”

That success can be in training for a triathlon, a basketball tournament, a swimming competition, or just getting in the best shape possible. The keys are that a person has to embrace their training sessions, especially when they do not feel like doing it, and they need to live in the moment while not dwelling on the struggles or setbacks associated with athletics.

Whatever a person is trying to accomplish, being in the right state of mind is a key to success.