USA Powerlifting is Raising the Bar

I was recently asked, “What’s powerlifting? Is that, like, weightlifting on steroids?” People’s misconceptions never cease to amaze me.

In fact, powerlifting is not weightlifting at all. Comprised of three lifts: the squat, the bench press, and the deadlift, powerlifting is distinct from the snatch and the clean-and-jerk of weightlifting. And the sport’s largest organization in the United States, USA Powerlifting (USAPL), is ensuring that it’s a drug-free pursuit, shaking the stigmas and stereotypes they’re fighting to eradicate. 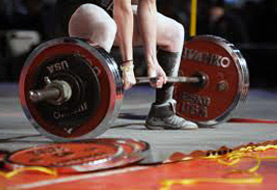 Practiced by some of the most incredible athletes across the globe, powerlifting has developed a well-respected name for itself throughout its rich history. USA Powerlifting has played a large role in that. ATLX sat down with USAPL President, Dr. Larry Maile, PhD., who described the organization with great passion and enthusiasm.

“Spring sports are sort of dominated by drug use, and the founders of USA Powerlifting saw a need to do something different. Within five or six years we grew to be the biggest powerlifting federation in the country, and we’re now the longest lasting, because I think what we do appeals to the sort of grass-roots person.”

Their mission is clear: “To provide powerlifting competition of uniform high quality which is drug tested and available to all athletes who meet the criteria for membership throughout the United States.”

Mission, accomplished. In the 32 years of its existence, USAPL has raced to the forefront of clean, successful powerlifting. “A cornerstone of our platform is drug testing and we drug test about 750 people every year in the US,” Maile said. He sees it as USAPL’s responsibility to ensure the sport is fair, healthy and successful under their watch.

From its junior competitors, who begin as early as eight-years-old, to its oldest member – who is 92, by the way — USAPL is a nation-wide community of competitive powerlifters. “We take it as a responsibility to provide a place for young kids coming in to have a chance to have a career and do it in a way that’s healthy,” Maile said. “And for us older lifters to be able to continue on. Interestingly, USA Powerlifting dominates the world scene… because we tend to last a long time.”

And it’s a growing field. “I think its fun actually!” Maile said.

“It gives you sort of a measure of improvement. So you go to the gym and you lift a little more than last week and it’s good for your self-esteem. It’s always nice to break personal records and win competitions and I think that’s what people like about it… The depth of competition is good because people achieve a high level and hold it for a long time.”

With about 5000 members and over 125 meets a year, USAPL runs a busy operation. Plus, they’re widespread. “We’re basically everywhere in the country. There are only nine states without a state chairperson,” Maile added. “With that exception, you can go to any state, find a USA powerlifting meet, and lift in it… I’m in Alaska and we have four meets a year here.”

Much of the success USAPL sees on a daily basis stems from their passionate volunteers. “Our referees are primarily volunteers, and many of our coaches and athletes… don’t get paid,” Maile said. “So everybody really is participating for the love of the sport. We probably have 1000 people volunteering every year to make all of this possible. And that’s why we do well.”

Last weekend, USAPL’s Raw Nationals took place in Orlando, Fl. The event featured 374 athletes – the largest Raw Nationals ever – lifting with no supportive equipment. “As a yard stick of longevity and health, one of the open division winners was 53,” Maile mentioned in reference to the Raw Nationals. “He beat 27 people in his weight class of all ages.”

And next week, USAPL, in affiliation with the International Powerlifting Federation, is sending five competitors to the World Games in Cali, Colombia. Essentially the Olympics for non-Olympic sports, the World Games will pit 30 countries against each other in Powerlifting alone. Maile is confident USAPL’s lifters will all place in at least the top five in their weight classes.

“We provide a venue where people can compete without drugs and I think that’s valuable.” Maile said. He realizes the importance of USAPL’s existence in the sports world. “We have been here a long time, our competitions are consistently high quality and well attended, people know what to expect and the refereeing is consistent.”

Maile, USAPL’s four-term President, is a powerlifter himself. A distance runner in his early days, he began lifting in the mid-70s, in college with his friends who played football. The passion was born there and has grown ever since. He is still lifting, competed last year, and hopes to compete in 2014.