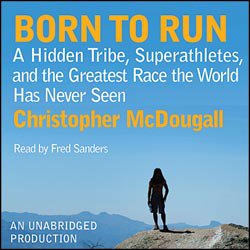 It’s hard not to notice the people in the gym wearing the Vibram Five fingers. Let’s face it: they look ridiculous. But as it turns out, those shoes have actually helped thousands of people get back into running by combating injuries, and one person we have to thank for this trend is Chris McDougall, author of the best-selling book, Born to Run.
A fascinating journey through the world of running, form its historical and cultural significance to modern incarnations and beyond, Born to Run also introduces you to a variety of personalities and gives you a better overall understanding of health and wellness. There are countless reasons to give it a read. Here’s our top five:

1. It Started the Barefoot Running Trend

Although barefoot running in the United States was popular a few decades ago, the spur of running shoes and athletic gear that are allegedly essential for training has led Americans away from it. While people have strong apprehensions about barefoot running, evidence consistently shows the benefits of running in our natural form. While we can all agree that the Vibram Five-finger shoe looks silly, it has helped thousands of runners get off the couch and tackle running, while preventing or even curing chronic injuries.

2. It Will Make You Want to Get Out and Run

It’s hard to sit and read about running for over 250 pages without feeling some type of motivation. While you might not be motivated to tackle an ultra-marathon (any race over the standard 26.2 miles of a normal marathon) it will reignite your understanding and passion. And best of all, it details specifics about tackling endurance running to the point where you might actually learn to enjoy this training activity.

There were many theories that suggested that human beings weren’t supposed to be runners. More studies suggest that we were actually designed to walk. But, weaved throughout the pages, McDougall offers lessons in anthropology that shake up the thinking that humans actually aren’t natural runners.
Based on evidence from tribes that still to this day hunt down animals for food through endurance training, he shows strong evidence that homo sapiens survived over our Neanderthal brethren through our abilities to run — hence the title, Born to Run. So what does that mean? No more excuses about why you don’t take advantage of the opportunity your two legs provide to tackle a few miles and improve your health and fitness. 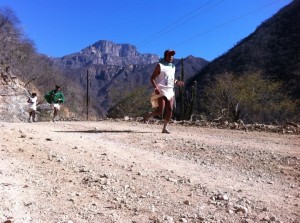 By understanding our bodies and our ancestors better, McDougall offers a series of ah-ha moments for the reader in understanding both our heritage, ancestry, development and also how and why Americans have strayed away from the idea that we aren’t supposed to run.
While some of the text is actually pretty basic and obvious, at some points it’s so obvious that we don’t recognize it. For instance, that cushion in running shoes doesn’t always equate to support, or that from an evolutional standpoint, it doesn’t make sense that the human body is functional in all aspects except for faulty feet. These moments are plentiful throughout the book and will keep your turning the pages.

Whether it’s the anecdotes McDougall provides or the dynamic characteristics of the key players in the book, you will be enamored with knowing and understanding the multitude of personalities. You will journey with Caballo Blanco, who tragically died after the book was published, an American who went on a journey and lived among the native Tarahumara tribe running the hills and eventually creating the Copper Canyon Ultra Marathon. Or Jenn Shelton, the drinker, partier and ultra-runner, and you can’t forget Barefoot Ted, the owner of Luna Sandals and the man who is often credited with reigniting the barefoot running trend.
Barefoot running born to run Vibram Five fingers 2014-12-15
atlx
Share !
Previous: Concussion Awareness Impacting Youth Levels
Next: Little City Winning Sports’ Biggest Game