The importance of sleep is pretty well known throughout the athletic and fitness world. The generally recommended amount of sleep, which is around eight hours per night, allows the body to heal itself from intense training. When people don’t get enough sleep, especially over several days, their bodies don’t recover as fast, athletic progress is limited, reaction time decreases and they fatigue faster. In addition, glucose metabolism decreases, leading to less energy. Meanwhile, cortisol levels, which increase stress and limit recovery, increase. Most importantly, the body’s ability to produce natural human growth hormones (HGH) is reduced. 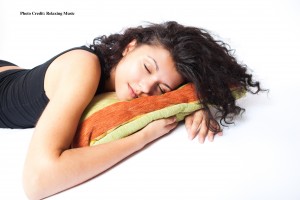 Most studies on the effects of sleep on athletic performance have focused on sleep deprivation. But over the past few years, starting with a Stanford study conducted by Cheri Mah, MS, researchers are finding that sleeping at least 10 hours a night and using naps for days on which the 10 hours were not achieved, increases athletic performance.

The Stanford sleep study on athletic performance came about when some of the school’s athletes participated in a research project where they logged 10 hours of sleep a night. All of the athletes noticed improved performance, so Mah turned her attention to the sports department. The next study focused on the basketball team. After a two-week period of studying their normal sleep patterns to establish a baseline for the tests, the subjects went through a five-to-seven-week period with the goal of sleeping for at least 10 hours per night.

The results of the study showed improved times in a sprint test that the team normally performs, and also improvements in free throw and three-point shooting. All of the athletes showed an improvement in the sprint test, going from an average of 16.2 seconds to 15.5 in the sprint course on the basketball court. Some of the players improved by well more than a full second. Both free throw and three-point shooting improved by roughly 9 percent each, and all of the players improved on a reaction test.

It appears that when sleeping for 10 hours for a prolonged period of time, the body produces more HGH. HGH has become a popular over-the-counter product because it builds muscle, helps burn body fat, strengthens bones and produces energy. But the body can produce its own natural HGH, which dramatically impacts athletic performance.

Up to 75 percent of HGH is produced about an hour after a person falls asleep, but when people are sleep-deprived over a long period of time, which is probably true for most people, the amount of naturally produced HGH decreases. Seeing that the amount can increase with sleeping more, it makes sense for any elite athlete to take advantage of this to consistently make improvements to his/her athletic abilities.

Taking naps can also be helpful. Team USA Water Polo player Shea Buckner has a morning and evening training session, totaling six and a half hours of training. He said that between sessions, finding a place to fall asleep is essential to his recovery.

Studies have shown that sleep is great for elite athletes, and for people who compete in recreational sports or are just looking to get into great shape. For people looking to improve their own fitness abilities, getting extra sleep could allow them to achieve personal best records, complete challenging athletic tasks or finally lose that extra body fat that won’t seem to come off.

Getting more sleep is pretty simple. The easiest way is just to go to bed earlier. Another trick is to turn off all electronic devices, and make sure that there are no light sources in the room directed toward you. So do not sleep with the television on, and turn your alarm clock away from you. Dark curtains and a quiet room also can be helpful.

Sleeping more will take some effort, but the benefits in doing so will be great for your body, and your athletic endeavors.