Professional-level cyclists are some of the fittest people on the planet, as they’ve used the bicycle to push their bodies beyond the limit. At the highest levels, these athletes have conditioned themselves on the track, on the road and in the weight room. Anybody who incorporates cycling into their workout regimen would be wise to take some pointers from these experts. 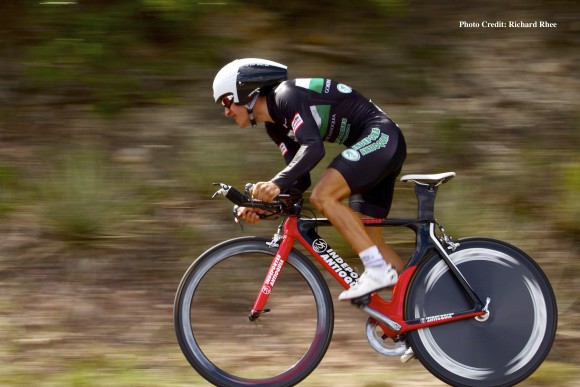 Cyclist Jamie Staff, who has won numerous world championships in the sport, is the High Performance Director of Sprint Programs for USA Cycling, where he has his athletes on the track five to six days a week for intense training. Just like in track and field, where 100-meter sprinters have a drastically different training regimen than distance runners, in cycling, Staff has fine-tuned the training to allow the cyclist to produce as much power as possible over a short distance. Athletes that train under Staff ride as hard and as fast as they can for short “efforts.”

“Each effort is only about seven to eight seconds, which doesn’t sound like much. If you add up the amount of seconds, you really haven’t done much at the end of the day in terms of time,” Staff says as he laughs. “But the main difference between sprinting and endurance is that when sprinting, it is 100-percent intensity, 100-percent effort. It is as hard as you can go for that effort, whereas with endurance riders, you’re riding at 30 percent, 50 percent of your capacity over a long period of time. Sprinting is the exact opposite, because you give everything that you’ve got.”

This type of training, just like with a sprinter in track and field, will develop muscle mass and strength, which is needed to propel the bicycle down the track at speeds of nearly 50 miles per hour. The workouts are similar to high-intensity interval training, where an athlete works hard for a short burst, followed by a rest period to recover long enough to perform the exercise again.

“For sprinting, the intensity is always 100 percent,” Staff said. “You never go out and do an 80-percent sprint. You always go as hard and as fast as you can, whereas in endurance, you go out for four hours at 70 percent. You’re then training a different energy source.”

Not all of the training is done on the track, as these athletes have to hit the weight room to develop explosive power, especially in their legs and core muscles. That means many squats, deadlifts, lunges and Olympic lifts, such as the power clean. They lift heavy, at times, and other times they lighten the load to move the weight as quickly as possible.

Chang Lee, who serves as a performance specialist for Athletes’ Performance Institute, has trained Olympic sprint cyclists and has them 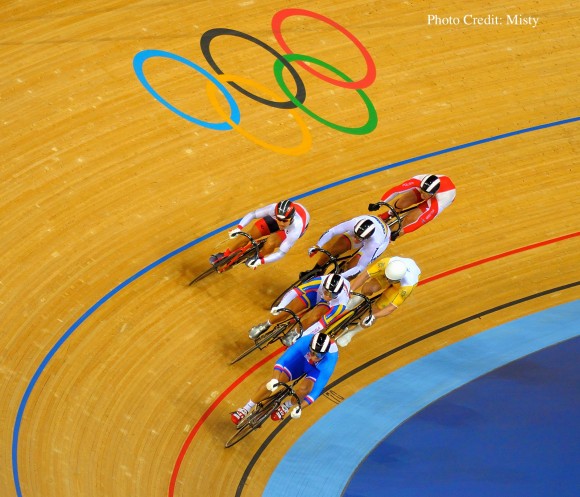 in the weight room up to four times a week.

“If you do any type of resistance work, the lower body and core will be stronger, and they will have an easier time riding,” Lee said. “Even for anybody who is not a competitive rider, that is definitely going to help them.”

Outside of the heavy lifting for the legs, Lee has his athletes hit their core muscles hard to help them stabilize their body. He uses various plank exercises to do this.

“With the core, we call it pillar strength, which is stabilizing,” Lee said. “Not just in the midsection or the trunk, but in the hips and shoulder joints, as well. Any time a rider tries to generate power out of their legs, each joint has to connect properly to maximize effort of peak power without losing power. We call it kinetic linking.”

The top cyclists in the world are using these training methods to excel at their sport, and the everyday person who is simply looking to get into great shape can use the same principles. Staff performs distance riding at times, but he prefers the sprints.

“Going out and doing three hours on flat ground…that would be pretty boring,” Staff said. Sprints just makes the workout more interesting. “I go out with my music on, and I kind of hold a certain pace for one song, and then I’d ramp it up for the next song to get my heart rate up.”

When Staff picks up the pace, as his heart rate goes up, his body burns more calories. He also does hill training, where a cyclist can ride up the hill at a fast pace, then coast down and repeat.

For anybody who uses cycling as a means of working out, picking up the pace to all-out sprinting can lead to some great results.