From Child’s Play to Endurance Sport 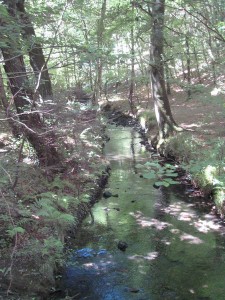 The premise is simple. Set out on a course and run the required distance on different terrains. So how did cross country, a sport that is so simplistic, gain such traction to become an international sport?

In most cases a sport starts modestly, and then evolves over time into its current day competition. Cross country is one of few sports that has actually experienced devolution throughout its history. The original roots of the sport were a much more complicated game than its present day complement.

Around 1825, kids in England decided to create a game mimicking their fathers’ hunts with a game they titled hares and hounds, also referred to as the paper chase. The first group of kids, called the hares, would take off and leave a paper trail- similar to the scent hunting dogs use in tracking- while a few minutes after that the hounds would take off after them.

The hares would head all over the woods leaving their trail through streams, over fences, and around other barriers. The hounds would have to follow the complex trail to try and catch the hares. Although it started as a fun game among children, the winners were the runners who could take on the challenging courses and have the endurance to do so.

Using the premise of hares and hounds, the first formal race commenced in 1837 at the Rugby School in England. The game scaled back from the heavy terrain that the games originators played on to have a more level, safe running course. However, another sport would later spin off of the premise of jumping fences and crossing streams when track and field implemented the steeplechase.

Cross country soon picked up in popularity amongst schools in England, and soon Oxford and Cambridge added the sport to its list of competitions. By 1876, England hosted the national cross country championships, and by 1878 the sport made its way to the United States.

Around the same era, international competitions began forming, and by the early 1900s England, Ireland, Scotland, and Wales established an annual meet. By 1912 cross country was included in the Olympics, however, its Olympic establishment wouldn’t last long, as cross country is not ideal for a summer or winter sport. The humidity of summer is not conducive to the long runs, nor is the cold temperatures of winter. 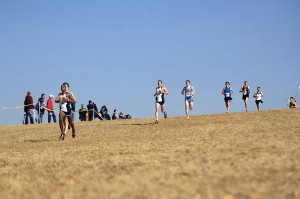 Although the Olympics abandoned cross country, it remained popular among colleges and high schools as well as international competition. By 2011, 500,000 high school students competed in this endurance sport. Runners such as Steve Prefontaine, of the University of Oregon, had also helped further popularize the sport.

While most sports have come from a simple backyard competition to a more complex event filled with lots of rules and equipment, cross country has turned into a sport that honors simplicity with both the rules, the equipment and the race.