Prefontaine Legend Continues to Live On 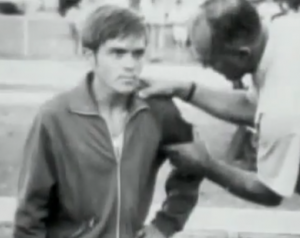 If you’re a runner, you’ve undoubtedly heard of, or perhaps even idolize Steve Prefontaine. The University of Oregon track star at one point had every American record between the 2,000-meter and 10,000-meter races.  But it wasn’t even his records that he was best known for. Prefontaine had a passion and a fire that raised him to celebrity status unlike any other distance runner we’ve ever known.

Unfortunately, his story is a tragic one. After a devastating fourth-place finish in the 1972 Olympics, Prefontaine refused hundreds of thousands of dollars to maintain his amateur status. Prefontaine wanted to break the world record at the 1976 Olympics, but never had a chance. He died tragically in a car accident at the age of 24.

People still mourn the loss of Prefontaine, who famously said, “To give anything less than your best is to sacrifice the gift.” Those words have motivated thousands of athletes to perform their hearts out just as Pre did.

Of all the great athletes who have worn our products on the field of battle, we made a statue of only one of them and that was Steve Prefontaine,” Phil Knight said in a documentary about Prefontaine, Fire on the Track.

So what made this runner so special? These five attributes allowed Pre to be a celebrity in a sport that few cared about before he stepped onto the track.

He went all out from the gun to the finish

What was so unique about Pre was that he went as hard as he could from the very start. Pre knew that he didn’t have a strong kick, and therefore strategized to tire out his opponents early. His racing style was to see who had the most guts and that person was typically him. 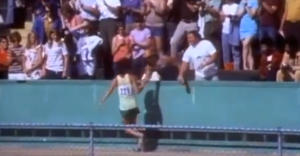 “Prefontaine brought it to another level getting the cover of Sports Illustrated creating an electricity, because the way he raced was stupid. And I don’t mean that in a bad way. He would go out and drive and create this electricity that no one had done in American History Distance Running,” Pat Tyson, Pre’s college roommate and teammate told ATLX.

It was unlike any other racing style that runners were used to at the time, and most people didn’t have the guts that Pre did to keep up with him for that long. Pre always went hard and always went for the win, which actually cost him a medal in the 1972 Olympic Games.

“Instead of going for the bronze he went for the gold and it ended up costing him a medal,” Tyson said.

He listened to his coaches…most of the time

Pre was coached by Bill Bowerman, who cofounded Nike with Phil Knight, and is considered by some to be one of the greatest running coaches of all time. Bowerman and Pre notoriously bumped heads, however, at the end of the day, Pre listened to what Bowerman had to say.

For instance, Pre did not want to run 2-mile races as he thought of himself more of a miler, however, Bowerman had other plans.

By listening to his coach, he actually found out he was better suited for the longer distances taking him to the Olympic games.

It wasn’t just about winning 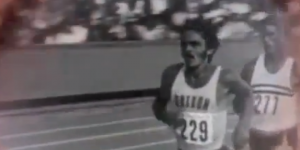 There is no doubt Pre liked to win, but it wasn’t about beating everyone else on the track. Pre was really racing against himself to push his capabilities. Pre was famously quoted as saying, “A lot of people run a race to see who is fastest. I run to see who has the most guts, who can punish himself into exhausting pace, and then at the end, punish himself even more.”

His all-out attitude accompanied every aspect of his life

It wasn’t just on the track that Prefontaine went all out. Pre also went all out when he challenged the AAU and when he began working for Nike. Pre was the first athlete to market Nike apparel, and he worked just as hard in that low-paying position as he did he his running career.

Part of the grassroots effort involved sending out shoes to other talented distance runners. Boston Marathon winner Bill Rodgers recalled receiving a pair of shoes in Nike’s marketing effort during an interview with ATLX.

“I said (to teammate Jeff Galloway), ‘Hey I’m running the Boston Marathon next month, and I could use a good pair of racing shoes.’ The next thing I know I get a pair of racing shoes in the mail from Steve Prefontaine, a note from Steve congratulating me on my race in Morocco at the world cross-country champs, and the shoes for the Boston Marathon,” Rodgers said. “I was very lucky, but it’s tough about Steve. He did so much for Nike. He was Nike’s first athlete. All runners know who he is.”

A lot of Nike’s success could be attributed to Pre as he was an integral part of Nike coming together.

He made it fun

There are few track and field celebrities well known outside of the running world and even fewer celebrity distance runners. Of course, Pre’s speed and energy were partly responsible for his celebrity status, but it was more that he had fun with what he did. Pre would run victory laps after every race he won, which was basically every race he entered. He would sign autographs and blow kisses to the crowds.

Few can succeed if they don’t love what they do, and it was obvious to everyone that Pre loved running and loved performing for people in his races. His energy was infectious and it gave people reason to love the sport and even partake in some jogging themselves.