As Director of Olympic Sports Performance Teena Murray oversees the strength and conditioning and performance nutrition programs for University of Louisville’s Olympic sports. She works primarily with women’s soccer, women’s basketball and softball. Teena, a member of the Collegiate Strength and Conditioning Coaches Association (CSCCa) was voted into the prestigious Master Coach class of 2012. 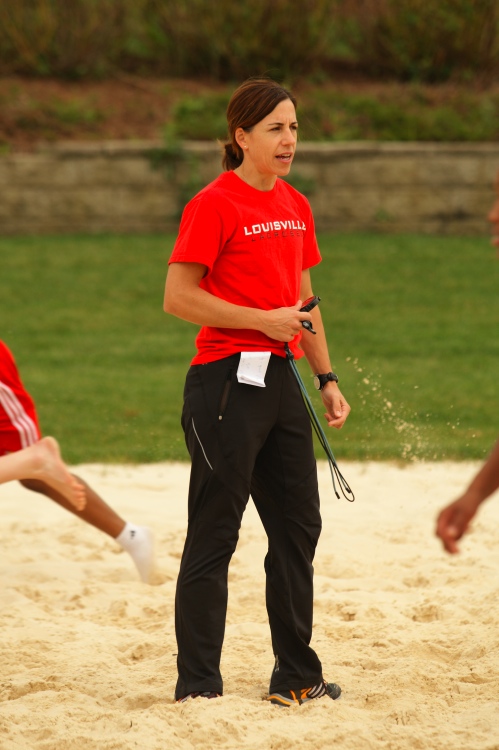 Teena started at Louisville in 2004 after 4 years as an assistant strength and conditioning coach at the University of Connecticut. At UCONN she helped lead the Husky field hockey and women’s soccer teams to multiple Big East Championships and NCAA appearances, including the soccer national championship game in 2003. Prior to UCONN, Teena spent 3 1/2 years as Assistant Director of Strength and Conditioning at Cornell University.

In addition to her work at the collegiate level, Teena has worked as a consultant for the NHL’s Florida Panthers and Mighty Ducks of Anaheim, and the Hartford Wolfpack of the American Hockey League. She also served as the strength and conditioning coach for the United States Women’s National Hockey Team from 2006-2010.

Teena is a native of Shawville, Quebec. She played collegiate basketball at Wilfrid Laurier University in Waterloo, Ontario where she earned a Bachelor’s degree in Kinesiology. She also holds a Bachelor of Education degree from Queen’s University, and a Master of Science degree in Exercise Physiology from the University of North Carolina at Greensboro. Teena maintains certification with the National Strength & Conditioning Association and United States Weightlifting.

Teena Murray: How she made it big in a profession dominated by men