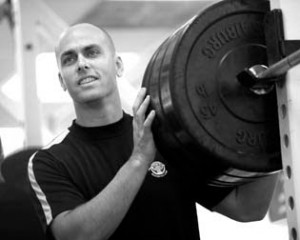 Dr. Chad Moreau has been doing off-ice training for ice hockey players since 1998 and has worked with hockey players from youth all the way up to NHL players and Olympic champions. His hockey-related employment includes serving as the Strength & Conditioning/Nutrition Consultant for the Edmonton Oilers (2005-9) and the Long Beach Ice Dogs (2001-7).

He currently lives in Southern California and is known as the “hockey doctor.” Dr. Moreau grew up playing hockey in Ontario, Canada, before receiving a track & field scholarship to the University of South Carolina in 1992 where he studied exercise science. From there, he entered the Doctor of Chiropractic program at the Southern California University of Health Sciences in Los Angeles and graduated in 1998. He attained a Certified Strength & Conditioning Specialist accreditation from the National Strength & Conditioning Association in 2000. Dr. Moreau’s younger brother was an NHL player, drafted by the Chicago Blackhawks in 1994 and retired with the Los Angeles Kings in 2012.

The 2012-3 hockey season will be Dr. Moreau’s third as the Los Angeles Jr. Kings strength & conditioning coach. Based on his unique background in exercise science and sports chiropractic, he is well educated in the biomechanics of hockey, which makes his off-ice training workouts very specific to the game. He is the creator and owner of a hockey-specific off-ice training website, HockeyOT.com, which provides tailored workouts to hockey athletes. The mission statement of HockeyOT.com is, “Train Like a Pro and Maximize Your Potential.” HockeyOT.com workouts are used by professional, youth and adult recreational players worldwide and are quickly becoming the gold standard in sport-specific internet-based training. Minority owners of HockeyOT.com include NHL players Shawn Horcoff (Edmonton Oilers), Jarret Stoll (Los Angeles Kings), Steve Staios (Calgary Flames), Raffi Torres (Phoenix Coyotes), Matt Greene (Los Angeles Kings), Jason Smith (retired NHL player) and Ethan Moreau (retired NHL player).