Finding Ultra: From Wasted to Warrior 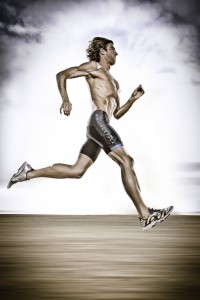 On May 5, 2010, two men set out to complete an adventure. They called it the Epic5. The goal was to complete five Ironman races in five days on the five islands of Hawaii. Because of mechanical issues and sheer exhaustion, the two didn’t accomplish the original goal. It took them seven days instead of five.

So, who is Rich Roll, one of the men behind this insane race? I’m willing to bet he’s nothing like you would expect.

His athletic career commenced at Stanford as part of their swim team. Roll displayed natural athleticism in the water, and although he was a talented swimmer for Stanford, it was there that he developed another affinity; one for alcohol. He was a surprisingly functional drunk.

In “Finding Ultra,” Roll recalls a time when he was, for lack of a better word, wasted, and presented to a class and a visiting professor. He was so convincing that the Professor never caught onto the fact that Roll was drunk, and congratulated him on a job well done.

Although this situation can be misconstrued to seem like Roll wanted to brag that, even wasted, he was impressing top professors, he told ATLX in an exclusive interview that he was disappointed with how the story came across.

“The sort of hallmark of alcoholism is that only alcoholics can have rock bottom self-esteem and think they’re better than everyone else at the same time,” Roll explained. “But, the point is that it was fuel for my denial to think that I could behave that way and get away with it.”

Despite Roll’s excessive drinking, he had an impressive swimming career at Stanford.

While many college students are no strangers to binge drinking, Roll’s habit didn’t come to an end along with his undergrad career. He drank his way through Cornell law school, earning his Juris Doctor and obtaining a position with a law firm in California. 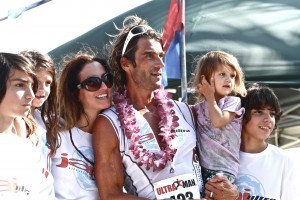 Although Roll was an impressively efficient drunk, his bosses took notice. It wasn’t until he earned himself two back-to-back DUIs that a switch began to flip in Roll. And although family and friends had become aware of his alcoholic tendencies, two DUIs still weren’t quite the wake-up call Roll needed to make any significant changes.

A string of events led Roll to the realization that he needed to seek professional help. One day he walked into his boss’s office, requesting some personal time off. Understanding Roll was headed to rehab, the firm offered him its full support. Roll credits this point in his life with providing him the courage to pursue change.

“Crisis and challenges are an awesome opportunity to make a quantum leap in your life experience if you’re willing to do the work,” Roll said. “But you got to make the decision and you got to take the actions not knowing where they’re going to lead you.”

Although he had dug himself deep, Roll had nearly no other option; he had to seek professional help. He admitted that people shouldn’t wait until they hit rock bottom to make a change.

“I had a crisis that was painful enough for me to shake that snowball up and move things around. But anybody can make changes at any time if they choose to. I think that’s the real message of the book.”

If you haven’t read “Finding Ultra” yet, you may assume this is the point where Roll gets out of rehab, begins training, and runs his first Ultraman, followed by the subsequent Epic5.

Roll eventually married his current wife and stayed sober. However, his new lifestyle involved zero exercise and excessive amounts of junk food. Although his wife was vegetarian, he enjoyed pizza, chips, burgers and trans fats by the bulk. Roll was sober, but he was overweight, out of shape, and headed down yet another destructive path, exchanging vices from alcohol to junk food.

Roll experienced a transformational moment on his 40th Birthday. He was walking up the stairs and completely out of breath. All of the sudden, it hit him.

He had done everything he was supposed to do. He went to college, he got sober, he worked as a successful attorney, but somehow he found himself middle aged, overweight, and unhappy. 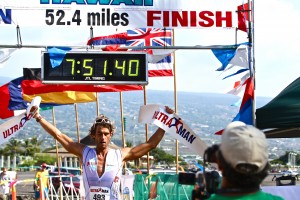 Roll doesn’t do anything in moderation. After realizing he needed a significant change, he consulted his wife on becoming a vegetarian. Realizing that too many junk food options still fit into the vegetarian lifestyle, he decided to go one step further and become a full-fledged vegan.

Going vegan truly changed his life. With his new diet, all of the sudden Roll had incredible amounts of energy, he dropped a lot of weight and had the urge to get out and be active.

Roll needed a release, somewhere to channel all of his energy. While most people would sign up for a 5 or 10K, that wasn’t enough for Roll. He discovered an event called the Ultraman, a 6.2 mile swim, 261.4 mile bike ride, and a 52 mile run, and signed up. To celebrate ten years of sobriety, Roll not only finished, but placed 11th overall against people who had been training for years.

“People think, ‘oh you did [Ultraman] despite being vegan,’ but I think it was what actually allowed me to be successful… I went from essentially nothing to finishing Ultraman in seven months.” 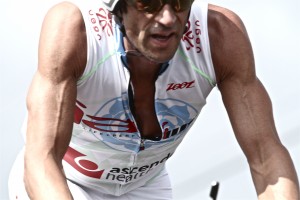 Roll credits his accomplishments to his vegan, or what he calls Plant Power, diet. “It’s like, well how did that happen? Well, you’re either this ridiculous athlete underneath all of it, which I don’t believe I am. I train really hard and I focus and put the time in. But I think that the way I was eating allowed me to get there in a more expeditious way.”

Roll took time off to write his book, and has since quit his law practice. There are too many things he wants to accomplish to be tied down to his job. He has been named one of the top 25 fittest men by Men’s Fitness Magazine and completed just about every crazy race that exists, but he wants to do something bigger. 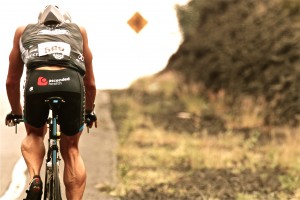 Since his book was released, Roll has been hired for speaking engagements. His hope is to inspire people in all walks of life. “If this book only appeals to triathletes and runners then I didn’t do my job,” Roll affirmed. “The story is meant to be about a journey that anybody can take.” Roll is also traveling across the country promoting his plant-based diet.

Many people call his lifestyle extreme, but he retorts, “…They think that having your chest cut open and then having bypass surgery is totally normal.”

Roll’s best advice for everyday athletes is to take control of their diet, a commitment that will lead to other improvements. “You have more power and control over your life than maybe you think you do,” Roll said. “Nobody has dominion or control over what you put down your throat… You have to exercise that right and understand that you’re worth making a healthier choice… It’s a long-term investment in yourself. But you don’t have to suffer the pain and the dark night of the soul that I did to change. At any moment in time, you have the power to change inside of you. You just have to make that decision.”

For more information about Rich Roll, visit his website at www.richroll.com. You can purchase a copy of “Finding Ultra” here.