Most people have a pretty good understanding of what pole dancing is, as scantily clad women have been entertaining men…and women, late into the evening at gentlemen’s clubs forever. But these days, pole dancing has become something much more, a legitimate sport that has nothing to do with strip clubs and everything to do with a killer workout.

Since the mid 2000s, there has been a movement all around the world to take pole dancing beyond the gentlemen’s clubs (don’t worry fellas, there are still poles with scantily clad women at your favorite gentlemen’s club), and move it into the world of sports and fitness. The result? Pole dancing has become a fitness craze, and for those who have truly mastered the skill, there are pole sports — competitions of appropriately clothed, supremely athletic women performing jaw-dropping aerial movements. 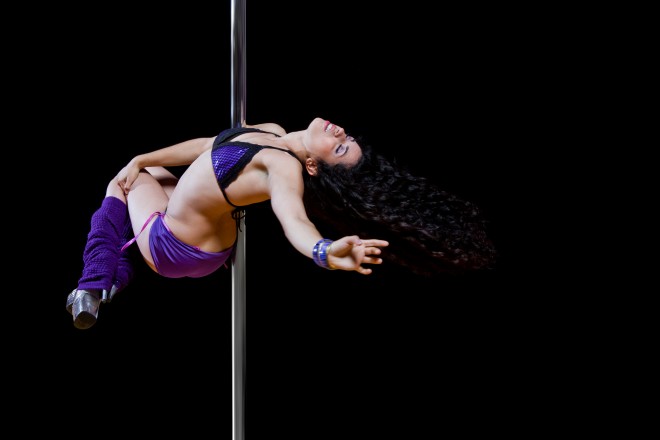 “This has nothing to do with working for ones, or taking your clothes off,” said competitive pole dancer and instructor Nadia Sharif. “It’s mostly sporty, and athletic, and a lot of people use it [as part of] their daily regimen for an alternative workout.

It’s a particularly attractive workout for women who have avoided weight rooms in the past, either for fear of developing big, bulky muscles, or because they feel out of place around men who are lifting extremely heavy weights. Pole dancing has provided women with a unique way to strengthen and tone their bodies in an exciting, comfortable environment.

“It’s fun, challenging and rewarding, so women will stick with it,” Sharif said. “A lot of the women come in and they can’t do pull-ups, their upper body strength is not what it needs to be,” Sharif said. “You’ll see women come in of all different shapes and sizes. Some of them are just skinny, with no definition. Or some of them are overweight, and can’t lift their body weight. But after just a few months of training, you’ll notice [their bodies] will start to transform.” 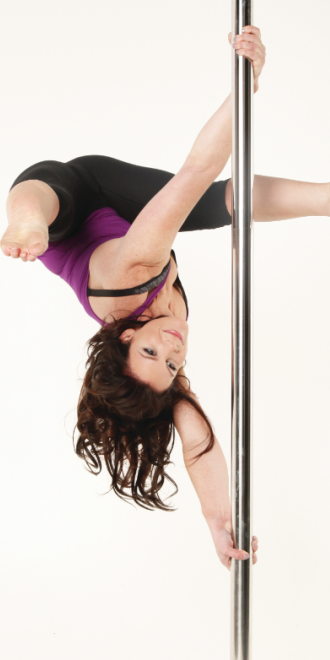 An ambassador of the growing, competitive world of pole dancing, Sharif left her career as an engineer to compete year round, and in 2012 she won the California Pole Dancing Championship after taking second place two years in a row. Now she’s teaming up with her sponsor, X-Pole, an international pole manufacturing company that has been at the forefront of the movement to legitimize pole sports, to help promote pole-sporting events around the world.

One of the ways pole sport has become legitimized is through the implementation of rules, such as a strict dress code, and by cataloging the maneuvers that can be performed. Sexual movements have been outlawed to some degree, and the pole-sport athletes and judges know which maneuvers can be performed. There is a point scale that rewards movements with a high level of difficulty, just like in gymnastics or ice-skating. However, while these rules are needed for the sport to be taken seriously, it has created some controversy within the community.

Carolyn Cull, owner of Studio Rouge in Columbus, Ohio, is looking to make the sport more mainstream by getting the competition into the biggest fitness expos, including the 2014 Arnold Fitness EXPO, the largest health and fitness exposition the United States has to offer. Even more ambitious, given that the sport has become so popular throughout the world, and with the standardized scoring system and new regulations separating it from gentlemen’s clubs, pole dancing could even find its way into the Olympics.

It’s a lofty ambition to be sure, and Cull understands that it will be a tough road because most people still associate pole sports with late-night pole dancing. But she believes those perceptions can be changed.

It’s fair that people have that kind of thought process, because pole dancing does happen in nighttime activities,” Cull said. “But for the general public to see it in a new light, and for them to see the amount of sheer strength and training and athleticism that these people have to compete at this level, I think it will blow people away. I think it will change any previous notions that they had about it being a sport.

“I think as you see more of a pole sport evolve, you will see much less of the sensuality and more aerial circus arts, Chinese pole techniques, a lot of gymnastics. It’s really going to focus on the power and the athleticism needed to complete some of these amazing, death-defying tricks.” 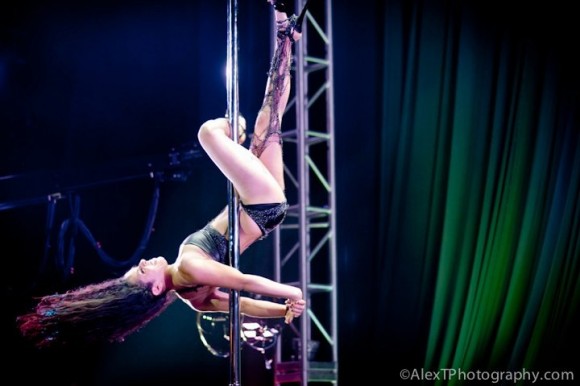 Still, even with the efforts to change how pole dancing is viewed, the movement is not totally geared to taking the fun out of the activity.

“I think there is a big range of how pole can fit into an athlete’s life,” Cull said. “There are some people in the pole community that teach a very sensual style. I am one of those people. Even though I have never worked as an exotic dancer, I’ve learned the pole dancing movements.

“The great thing about pole dancing is that it’s nobody’s decision on how each woman wants to use it in her life. There are so many different benefits that come from it. You gather self-confidence, you build your strength, you tone up, you lose weight, [and you can use it to] connect with your spouse at home. I don’t feel like I have to pick and choose the benefits for my students and tell them what’s appropriate for them. I think that every woman can make her own decision.”

However it’s perceived, there’s no denying that pole dancing is gaining momentum, becoming extremely popular outside of the gentlemen’s clubs. Many women are embracing it for the same reason they embrace any form of exercise, for the health benefits, and with people like Cull and companies such as X-Pole behind the competitive movement, it sure looks the sport of pole dancing is here to stay as well.