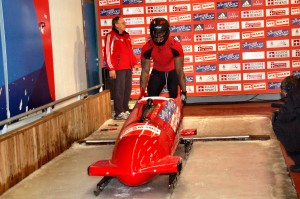 THE PUSH TO BE NUMBER ONE

As a push athlete on the USA National Bobsled Team, Jesse Beckom III has one job and one job alone:

Good thing Beckom is well prepared. As a long-time football player, the 35-year-old Chicago native brings years of intense training and explosive power to the sport. Since beginning his career as a bobsledder in 2000, Beckom has competed as a push athlete and a brakeman, representing Team USA in competitions around the world. Now, his sights are set on the 2014 Winter Olympics in Sochi, Russia.

We caught up with Beckom in early April – when he was roughly two weeks into his off-season training program at the U.S. Olympic Training Center at Colorado Springs, Colo. – to chat about the ins and outs of what it takes to be No. 1, why you won’t ever catch him sleeping in and what motivational advice he has to share with everyday athletes.

Tell us about your off-season training.

Jesse Beckom: For me, long-distance running would be 200 to 300 meters to get that base that I need going into the season. So, I usually start off doing three or four 300-meter runs just to get myself comfortable running and moving. And then I shorten it down through the season. We work on 60-meter sprints, right down to 15 meters for that start off the block. We also do a lot of lifting, as far as squats, cleans, snatches and Olympic movements. We do some plyometrics like hurdle hops and box jumps. Of course, we sprint with different sleds that we can push on the turf. Some of them are similar to football sleds that we push and we also pull some sleds behind us. And we have a push cart out here. It looks nothing like a bobsled but it gets your body in the right position to push and work on your technique. 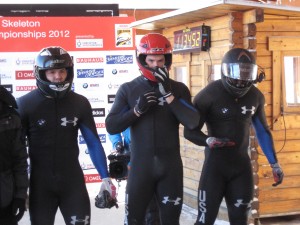 How many hours a day are you training right now?

JB: Usually 2.5 to three hours a day, from Monday through Saturday. Sunday is my day off.

JB: I usually go to church on Sunday and relax, watch some movies. I catch up with “The Walking Dead” or “Grimm” or “Spartacus.” I hang out with friends, get some Xbox gaming in, if I can. Sometimes I read, but I’m really sporadic with my reading. After training in general, I spend some time in sports medicine for recovery purposes, so I’ll ice down and stretch, just to make sure I get a good amount of recovery in.

You’ve had some injuries to deal with throughout your career, so how do you approach recovery?

JB: I think the biggest thing is mental. You can come back and be just as good as before, if not better. That’s a decision you have to make. I do come from a football background, where you push through this or that. What I’ve learned is that you need to take a day off for recovery – that will help you in the long run, instead of pushing through things. If you have a serious injury bothering you, I do find now that I need to take some time off. Mentally, I’m a little hard headed, so it took me a long time to understand that. I do think that recovery is a very important part. Athletes miss that sometimes. 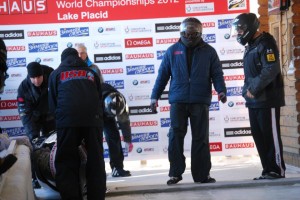 How much do you sleep?

JB: I’m maybe outside of the ordinary when it comes to sleep. I really don’t need eight hours of sleep. I’m pretty good at operating on four or five hours of sleep a night. My father was a police officer in Chicago and, sometimes, if he was off duty he’d do security gigs, and I’d go hang out with him at night. And in college, I did a lot of bouncing. I inadvertently set myself up for that pattern of operating on a little amount of sleep. It works for me.

What’s your take on alcohol?

JB: I’ve never really been big on alcohol. First of all, I don’t really like the taste. Second of all, I don’t like the feeling of being hungover. I’ll drink on special occasions, like a wedding or a good friend’s birthday, but not to the point where I’m falling or stumbling over. Most weekends, I don’t drink at all, especially during the season. When alcohol is in your body, it breaks down your body’s ability to bounce back and recover. I might drink once or twice during the season. If you’re trying to fight back from an injury, it’s definitely counterproductive.

Are you really careful about what you eat?

JB: I’ve been an athlete for a while now, so I know what I can and can’t get away with. A lot of times, I’m the athlete that people love to hate. I can get away with what I want to eat. I don’t eat a lot of fast food, because I find that my performance does diminish a little bit. But if I crave it, I usually eat it. I’m working out every day, and when it’s in season, you workout even more. I don’t measure stuff out, as far as I had three grams of this or that, I just usually stick to the four food groups. I do have one hell of a sweet tooth. The milk chocolate in Germany is really hard for me not to buy when I’m over there.

Do you have any food philosophies you try to stick to?

JB: I try not to eat until I’m overly stuffed. When I was playing football you had to pick up more weight. I just eat until where I’m satisfied and my stomach doesn’t hurt. I listen to my body a lot sooner. Sometimes I do feel like my protein is low, so I’ll eat something high in protein to get that balance back. 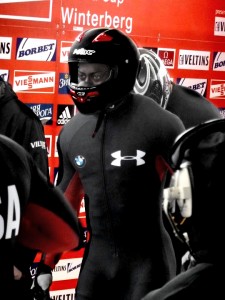 What’s your advice for everyday athletes?

JB: I think it’s more about dedication and desire. Every athlete isn’t just dying to workout every day. Some days I wake up and think, “Man, I’m tired.” But I know what my goal is, and my goal is to be an Olympian and to be a world champion. Staying in bed won’t get me to that final result. You have to want to be better than the day before. Be better than your competition but also be better than you were the day before. That’s the drive that most elite athletes have. You can never be satisfied with your previous result, whether it’s the previous year or week or hour.