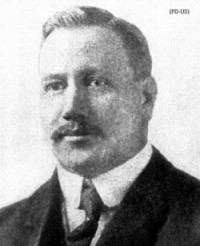 Unlike many of its Olympic sport counterparts, volleyball’s history doesn’t date back to the beginning of time and didn’t stem from the battlefield or out of necessity. However, that doesn’t make the tale any less interesting.

Originally titled “mintonette,” the sport was created in 1895 by YMCA physical director William G. Morgan. Interestingly enough, Morgan was a friend of James A. Naismith, the founder of basketball. Morgan had a problem to solve. He needed a sport that would provide enough physical exercise to burn some calories, but it couldn’t be so physical that older generations would be segregated from the sport.

The court and rules were slightly different from today’s form. The court was only 25 feet by 50 feet, small compared to the current 30 feet by 60 feet, and it seemed much smaller than that since there was no limit to the amount of players or the amount of hits per side.

Instead of sets and matches, the game had nine innings and three outs based on whether or not the serves made it over the net. If you were serving and didn’t quite make it over, not all was lost. A second player could help the ball over.

Although the sport wasn’t an instant hit, people were intrigued. The crowded courts weren’t the only problem, however. By being too heavy, the basketball proved to be a roadblock, but the local sporting goods store, A.G. Spalding, helped by producing a special ball more appropriate for the sport in 1900.

The sport had quite the following at the YMCA and filled a void in the team sport arena. It wouldn’t be much later that the sport would really take off, eventually becoming the second most popular team sport in the world, just behind soccer. 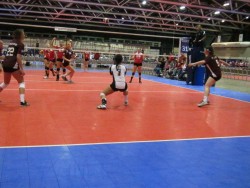 In 1928, it was apparent that the sport needed a bit more organization, and the United States Volleyball Association was formed. By this time, the game had been changed from 21 to 15 points, and the unlimited number of hits per side was condensed down to three.

Although the sport was gaining popularity worldwide, it wasn’t until 1947 that the Federation Internationale De Volley-ball (FIVB) was founded. Soon after, the International Olympic Committee decided to add it to the 1964 Olympic Games in Tokyo, Japan.