Corporations have long since known that sports and athletes are great (and profitable) ways to market any product. But now, sports apparel and other companies are jumping ship of traditional campaigns focusing only on elite athletes in high-profile sports in order to hike their sales. Reebok has partnered with Spartan Race and CrossFit, while Degree is promoting Kevin Durant’s cycling. And now, Asics is focusing its advertising on all aspects of training in its “What’s Next” campaign. 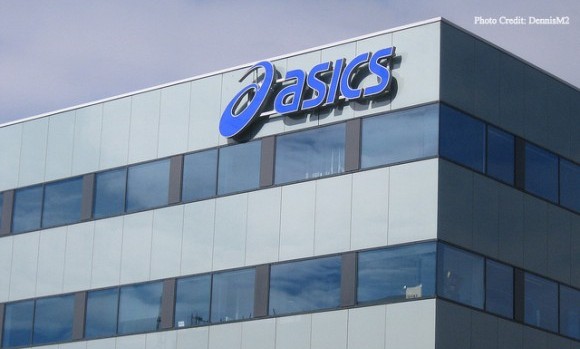 Asics has grown in popularity with a purposeful shift to bright and trendy color schemes complementing its innovative technology. The brand has held a relatively low market share compared to its high-profile counterparts, yet still maintains significant brand recognition for sports apparel. To further its growth, its newest campaign seeks out all types and all levels of training. According to Asics’ press release sent out on May 9, 2013, Asics has developed a new line that progresses further than just the recreational runner.

“Beginning today, ASICS America introduces its new line of footwear, apparel and accessories created specifically for the athletic training market with an innovative, national advertising and integrated marketing campaign built around the concept of “Next”: the moment when an athlete pushes their limits to achieve their goal and immediately focuses on the next challenge.”

Asics’ latest campaign capitalizes on elite athletes, including Olympians Lolo Jones, Bryan Clay and Russ Winger to promote its campaigns and be highlighted both digitally and in print. All are athletes who are recognizable but still just shy of mainstream for most viewers. The purpose of the campaign is to drive its new line into the hands of the everyday athlete.

Asics derives its name from the Latin phrase “anima sana in corpore sano,” translating to “a sound mind in a sound body.” The company was started more than 60 years ago and has grown in popularity fighting its way into the market once dominated by Nike and Adidas. By taking on all forms of training, the company looks to separate its brand from other companies.

Asics’ director of marketing, Shannon Scott, told Ad Age, “As we look to grow broader as a company, we looked at categories that have a natural affinity to what our consumers are all about. They’re all about performance. There’s a huge untapped market for innovation.  Training covers such a broad range of products right now — everything from a lift trainer to an in-studio Zumba shoe.”

With gym memberships on the rise, new sports emerging every day and Americans slowly but surely adapting to the philosophy that it’s time to fight obesity and take care of their health, Asics is providing this culture and these tribes with the right gear to challenge whatever may come next.