Origins: History of the Gentleman’s Game 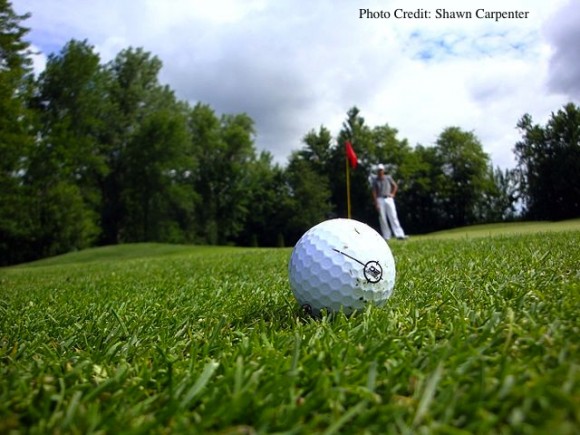 “Gentlemen Only, Ladies Forbidden.” While a fun, although misogynist acronym, it’s a myth that the origins of the name “golf” come from that phrase. While both the Scottish and the Dutch like to stake claim to this stereotypically gentleman’s game, the name most likely originates from the Dutch word “kolf” meaning “club.” It eventually evolved through Scottish dialects to the current term “golf.”

Most civilizations dating back to the Middle Ages and beyond boast some sort of game involving a stick and a ball. While many of golf’s distant cousins look more like hockey or miniature golf, by the 15th century, the sport, closer to how we now know it, began to emerge.

The sport gained popularity fast and furiously during the 1500s and eventually had to be outlawed in Scotland. Too many of the King’s military were skipping out on archery practice to play golf instead. However, the game was eventually legalized again as the kings and queens began realizing the fun. King James IV of Scotland officially lifted the ban in 1502.

Golf as we know it 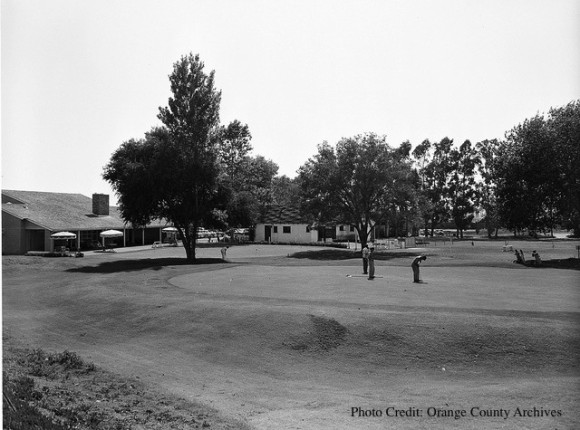 The first official golf course has been attributed to St. Andrews in Scotland and is heralded by many as the “home of golf.” The land had natural bunkers and lakes, now man-made on most courses. The course remained a popular spot until the late 1700s when it almost went bankrupt. A local golfer bought the land, possibly saving the sport.

As popularity increased and the equipment improved, golf clubs and courses sprouted up globally. In 1786, the first golf club outside of the UK, the South Carolina Golf Club, formed in Charleston. By 1810, women were joining the ranks as experienced golfers, however it took 57 years to form the first women’s golf club: the Ladies’ Golf Club at St. Andrews.

By the 1900s, The Open was being played all over the world and golf clubs were forming in every corner of the globe. The sport integrated in the collegiate ranks, and the sport was added to the Olympics by 1902.

Where did Birdie, Bogey, and Fore originate? 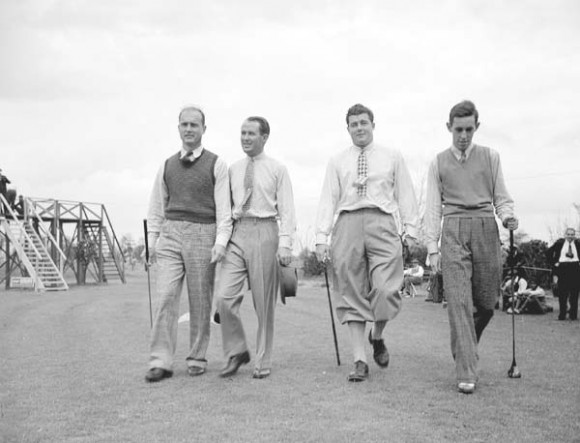 When Ab Smith said the famous line, “That was a bird of shot” in Atlantic City in 1899, there is no way he could have known that the line would forever be a part of golf terminology. In the late 1800s, the term “bird” meant anything great or incredible, and the term birdie caught on to eventually mean a hole that is shot one under par.

Around this same time period, the song “The Bogey Man” was all the rage in Great Britain. Although currently the best score under perfect conditions in golf is referred to as “par,” the analogy of the Bogey – an elusive figure rarely seen – as the name for the ideal score on a course took hold. The Bogey symbolized that the score was hiding in the shadows, just out of reach until the early 1900s when par replaced the phrase and bogey would go on to mean one over par.

FFFfffooooorrreeeeee. We’ve all heard it…either on the golf course or in the movies. The global phrase for “watch out” or “duck” stems from the Scottish phrase “afore” meaning essentially the same thing: look out ahead!