The Origins of Boxing, the Sweet Science

Despite its waning popularity in recent decades, boxing is responsible for some of the most high-profile sporting events of the 20th century. Aficionados embrace rivalries between marquee boxers in the same way Yankees fans hate the Red Sox. Whether it’s a legendary fight between Muhammad Ali and Joe Frazier in Madison Square Garden or the fictional showdowns between Rocky Balboa and Apollo Creed in the movies, boxing is strongly imbedded in American culture. 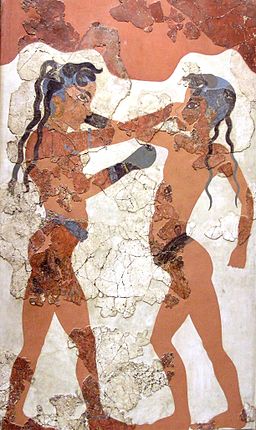 However, the sport’s history has few ties to the United States. Boxing stretches back thousands of years and is first described in Homer’s epic Illiad in eighth century BC. In the earliest instances, fighters exchanged blows while sitting down. Eventually, the sport evolved as a stand-up duel, with the ancient Greeks wrapping their fists with ox hide to battle in the various Panhellenic Games. The Romans continued the sport but, despite their love for the violence of the gladiatorial games, wound up banning the sport for excessive brutality.

Boxing enjoyed a rebirth in 18th-century England with support from champion fighter John Broughton, who took measures to civilize the sport with rules banning strikes against a downed fighter and declaring a winner after one combatant failed to reach his feet in the middle of the ring within 30 seconds. Still, for many years, boxing was more of a slugfest than a bob-and-weave dance. Defensive strategies had yet to be embraced, and it was normal for two men to square up and simply let the punches fly.

It was English prizefighter Daniel Mendoza who transformed the sport with a defensive style beginning in the 1780s.  Dipping and ducking his way to the English heavyweight title from 1792 to 1795, Mendoza regularly defeated much larger fighters with the then-controversial act of dodging punches.  The shifty, 5-foot-7 pugilist known as “Mendoza the Jew” shared his methods by authoring a book, The Art of Boxing,during his career before opening an academy. Before winning the heavyweight crown, Mendoza attained a level of fame for a trio of celebrated matches against former mentor Richard Humphries in the late 1780s. After the two men split the first two bouts, Mendoza claimed superiority in a highly anticipated final meeting considered to be the first sporting event to charge a spectator fee. 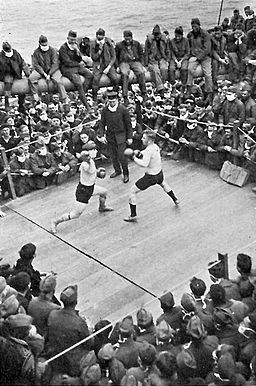 With the entrance of the Victorian Age in Europe, boxing again earned a reputation as a low society event. Its violence, along with a symbiotic relationship with gambling, led to a severe drop in public interest. However, the British granted a final, revolutionary rule change to the sport. According to the Queensbury rules of 1867, prizefighters were required to wear padded gloves and were banned from performing wrestling moves.

Touring English fighters brought boxing to America in the late 19th century as the sport’s interest in Britain waned. Pugilists with large personalities dominated the culture, led by John L. Sullivan, a bare-knuckled-fighter turned boxer. Boxing reached its peak of popularity in the States from the 1920s through the 1970s with the help of legends Jack Dempsey, Gene Tunney, Joe Louis, and finally, Joe Frazier, George Foreman and Ali.

Today, boxing has been supplanted by more mainstream sports like football, baseball and basketball, while mixed martial arts contests have also damaged the sport’s cultural footprint. Despite this, boxers still carry influence where it counts – in the wallet – at times pulling in more than $30 million for pay-per-view bouts.