The Origins of Hockey

Considered by some to be the fastest game on earth, ice hockey has captured the hearts of fans across the globe. It is a fast, aggressive, and at times absolutely violent sport that may have been born of stick-and-ball games in Europe or lacrosse in North America, but the modern game we have come to know is a definitive product of eastern Canada. In fact, the hallowed Stanley Cup, considered by many to be the most historic trophy in sports, is named after the former Governor General of Canada, Lord Stanley of Preston. 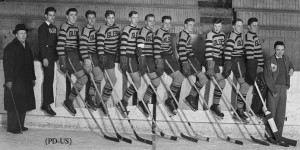 Canadian James Creighton is widely regarded as the creator of hockey’s current rules, or at least a crude version known as the “Halifax Rules.” After bringing a refined version of the regulations to McGill University in Montreal, Creighton led a group of students to a 2-1 victory over a Victoria squad on March 3, 1875, in the Victoria Skating Rink, an event considered to be the first organized, indoor game.

The “McGill Rules,” which were based on field hockey specifications, are largely irrelevant in today’s game. For starters, there were multiple entries concerning the puck going out of bounds, which is irrelevant with today’s waist-high boards along the edge of the ice. Creighton, originally a rugby enthusiast, also included a rule banning forward passes in a nod to his favored sport, though the basis for faceoffs, known at the time as a bully, as well as multiple penalties were in fact set in the original collection.

Over the next 20 years, nearly a hundred teams formed in Montreal and leagues competed across Canada. The first American ice hockey game took place between Yale and Johns Hopkins University in 1893. That same year, the Montreal Hockey Club captured the first Stanley Cup after winning the Amateur Hockey Association of Canada league title. 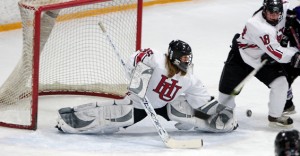 Hockey entered the international stage in the early 1900s as the International Ice Hockey Federation (IIHF) set up shop in 1908. The first professional leagues were charted soon after the turn of the 20th century, including the National Hockey Association in 1910, while the sport appeared at the Olympics for the first time in 1920.  Hockey’s growth was somewhat halted around the time of World War I, which brought about a shortage of male players (though this did provide an opportunity for the women’s game to grow), but the quality and quantity of international competitions expanded greatly during the Great Depression in the U.S. in the 1930s.

Now known as the NHL, the aforementioned National Hockey Association implemented many of the modern rules between 1930 and 1950. Changes included in this time period were the red and blue lines, major and minor penalties and limiting teams to six players on the ice at a time. The goalie’s mask, now one of hockey’s most iconic pieces of equipment, also emerged in the 1950s with the support of Montreal Canadien goalie Jacques Plante.

As to be expected, ice hockey still holds the most value in the coldest regions of the world. With the availability of frozen ponds, lakes and rivers in these areas, the interest and development of young players is higher than ever.