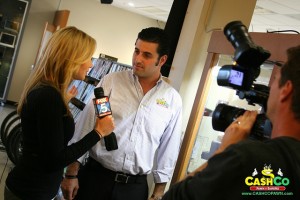 If you think you know CrossFit from what you read about or what you see on TV, you don’t. Just ask the pretty woman on television. Fox 5 San Diego reporter Heather Lake, a certified CrossFit coach who also happens to compete in Ironman competitions, is in a unique position to offer some insight into this cult-like Crossfit phenomenon being that she’s not just a CrossFitter herself, but she also serves as a sideline reporter and correspondent at the popular CrossFit games. We asked Heather to address all things CrossFit, including some of the stereotypes and misconceptions surrounding this new-age workout.

ATLX: You’ve spent time covering the CrossFit games. What has the added coverage done for the sport?

HEATHER: The Crossfit games are the highest level of the sport. They host the best of the best competitive CrossFitters and heavy lifters. And it’s easy for people to get the wrong idea that all CrossFitters are Olympci weightlifters and bulky women who look rather masculine, just like we think all runners are lanky and thin. That’s ridiculous. We know runners come in all shapes, sizes and fitness levels. They aren’t all Olympic marathoners.”

ATLX: What have you learned about CrossFit being an athlete youself?

HEATHER: The floor [at a big competition] is very different than other sports in that there’s cheering and [genuine] camaraderie amongst the athletes. Whoever finishes first will help the athlete next to them. They push each other. The energy is contagious. 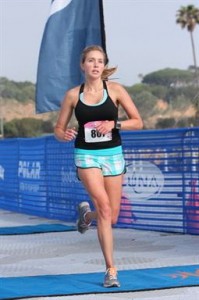 ATLX: When did you start thinking about coaching CrossFit?

HEATHER: I always thought, “CrossFit is not for me.” Then I was doing a live investigative story for a box called SealFit (http://sealfit.com/), which was hosting a Southern California event to simulate how Navy Seals train for a 50-hour fitness challenge. I was training for an ironman at the time, and Sean (now Heather’s husband] challenged me. He said, ‘after your Ironman, why don’t do you come join a CrossFit workout.’ To be honest it wasn’t really my thing, from what I had seen at the games, but I made good on my word and started CrossFit. Our fist date was run on the beach. I was in the best shape of my life for my recent wedding, upon doing CrossFit. Even my family made comments on how fit I looked. I felt it, too.

ATLX: So what’s the big difference between CrossFit and our traditional gyms?

HEATHER: We call the training centers “cross fit boxES” – there are no mirrors. The idea is that you are not there to look at yourself and waste time between reps admiring your reflection. In a gym, it’s not common practice to talk to strangers. In a box there are no strangers. It’s almost like a boot camp. You encourage one another to finish the last set or rep. It’s motivating!

ATLX: CrossFit can be intimidating to newcomers, can’t it?

HEATHER: It can be intimidating, but now it can be for everyone. Nowadays, they have “modified or intro workouts” for new members to try for a month before they get the to the tougher workout. We’ve all walked in and been new at one time. We know the intensity of the workout is much higher than other things, so we want newer people to feel welcome and not intimidated. It’s a nice culture.

ATLX: What sets the WODs (Workout of the Day) apart from other group classes?

HEATHER: Some days are more intense than others, but the workout is for always designed for time. You can do five pushups, or ten, but when you do them quickly it’s tough. At a traditional gym, we wait for people to get off machines. Here, you’re in and out with very little breaks. 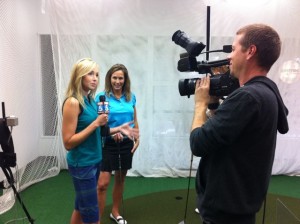 ATLX: Why do you think there is an Intimidation factor –

HEATHER: Again, we look at the serious competitors and think all CrossFitters look like that, but it’s not so. All boxes have all abilities from teens to 60-year-old grandmothers. Winning the CrossFit Games is the highest gold standard. I’m a runner. I just finished the Boston Marathon. But we don’t all don’t look like Shalane Flannigan.

ATLX: Naysayers claim CrossFitters are more prone to injury. Is this true?

HEATHER: It’s like saying “a few kids are going to get hurt at the playground.” CrossFit is getting more mainstream, so the number of injuries is going up. So is the number of people who got off the couch. Would you rather have people not moving at all? We need to know our own limits; you have to know how much weight to lift. Trust the process. The ultimate appeal of CrossFit seems to lie in that fine line between a breakthrough effort and avoiding an injury. Pushing yourself a little further, heavier, or faster than before. All athletes know, that is the point where change happens. We can only define where that line is when we’ve reached, and sometimes crossed it.

Ms. Carroll’s struggle in the “Nasty Girls” video makes it easy to understand why. The same shattered technique and disregard for fatigue that raises safety concerns for some is precisely what makes CrossFit and its heroes so inspiring. The line between breakthrough effort and injury or overtraining can be seen only after it has been crossed. The pursuit of that boundary holds the allure of self-discovery — CrossFit’s ultimate appeal.