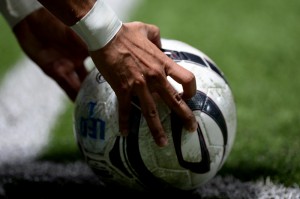 While watching the World Cup over the next few weeks, you’ll likely notice the incredible athleticism of the players. When the camera zooms in close, you’ll see their shredded quad muscles. As sweat pours down the players’ bodies and their breathing becomes labored throughout the match, it becomes undeniable that they are in phenomenal shape.

But what you may not notice is the other group on the field that is also getting in a major workout. In fact, this group goes unnoticed for most of the game, at least until they blow their whistle or whip out a red card. World Cup refs are athletes, too, and though you might not realize it, they have to train extensively to perform at an elite level.

During the World Cup, referees will run an average of six to eight miles in a single game, all while tracking the ball, watching the players, and analyzing the entire playing field.

This year only one American, 39-year-old Mark Geiger, will grace the field as a World Cup referee. Geiger has had to do intense training to prepare for this opportunity.

“The game is so fast, so we have a lot of sprinting and pretty long runs that we have to do in order to give ourselves (credibility),” the New Jersey native told Runner’s World. 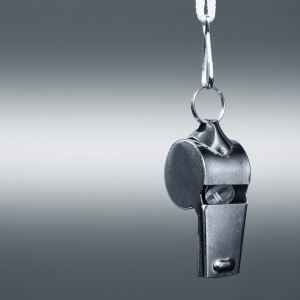 Geiger, who is already extremely fit form his duties as a Major League Soccer referee, has increased his training to prepare for the World Cup. His training includes fartleks (a training method that blends continuous training with interval training), tempo training, and sprints to ensure he can remain focused while running up to eight intense miles in the course of 90 minutes.

FIFA, the Federation that hosts the World Cup, requires all of its referees to pass a fitness test before being eligible to ref on the world’s biggest soccer stage. The test includes six 40-meter sprints in less than six seconds, and a 2.5-mile fartlek at the average pace of a breezy 5:20 mile.

To complete this effort, or even just to be an MLS referee, the Professional Soccer Referees Association developed both nutrition guidelines and training programs for soccer referees.

Another workout includes 30 150-meter sprints at an all-out pace. But it’s not just speed and endurance that a ref needs to make it through the 90-minute match. Referees must also possess the agility to make sudden turns and to follow the ball efficiently.

Nutrition plays a large role in a referee’s ability to survive a full soccer game without cramping up, becoming dehydrated or just getting plain tuckered out. 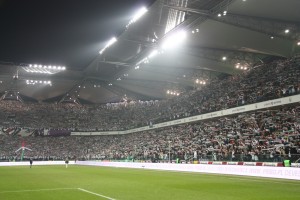 According to the PSRA Nutrition Recommendation manual, “Whether you realize it or not, as a professional referee you often put your body through immense strain during matches and training. Running 4-8 miles per game burns through a lot of calories and depletes your body of precious energy and fluids.”

Since a referee can lose up to four pounds in a single game from sweating, the PRSA recommends entering a match fully hydrated by consuming water throughout the day, and at least 16 ounces two hours before kickoff. The PRSA also recommends an energy bar or fruit before a match and during halftime to maintain proper glucose levels to help avoid fatigue.

To recover the PRSA recommends refs eat carbohydrates and protein to help the body recover from the intense exercise during the match. Peanut butter sandwiches, fruit smoothies and bean burritos all make the list of suggestions for recovery options for referees.

“There certainly is a lot of pressure. There are more cameras in these games so every decision that we make is going to be scrutinized and put under a microscope,” said Geiger. “We are looking to just stay focused and trust in our physical and technical training, and have faith that we are going to make the right decision out there.”

2018-07-02
atlx
Share !
Previous: 10 signs that you speak the athlete language
Next: Marathon Mom: Running After Pregnancy